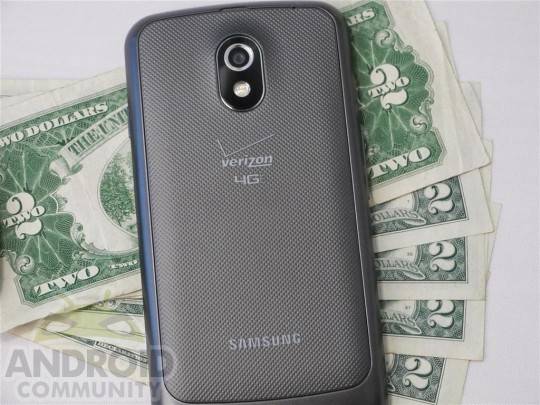 Verizon has posted up their fourth quarter earnings reports and information today and things are looking quite good over on Big Red. If you or the family own some Verizon stocks you should be pretty happy right about now. Verizon has counted all their numbers and we have a few details that stood out to us for you below.

According to a few numbers tossed out by Verizon’s CFO Fran Shammo Big Red sold over 15 million Android smartphones in 2011, and around 10 million iPhones. Out of those, 7.7 million were in Q4 alone when you add up all the major smartphone platforms — that includes RIM.

Some of the other highlights from the Verizon earnings call included $18.3 billion in revenue in Q4 alone, up around 13% from last year, and 70 billion in total for 2011 — 10% more than 2010. Not to mention adding 1 million new subscribers. Verizon also stated that smartphone users take up around 44% of their users and that general data usage was up, but on a positive note. All the details are available from the Verizon PDF below — basically they made plenty of cash and aren’t slowing down anytime soon.