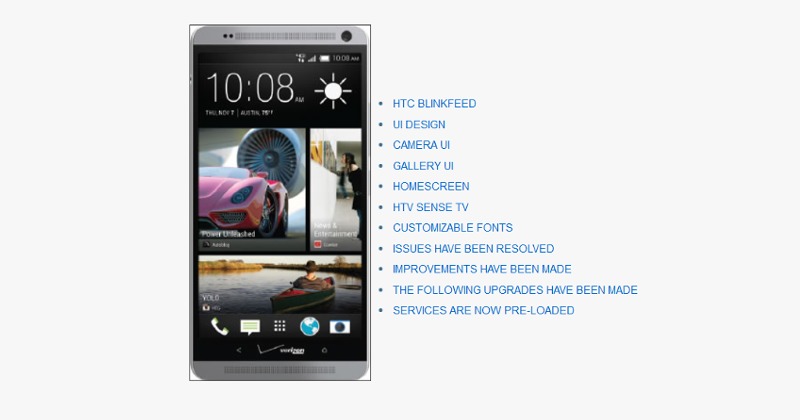 Verizon is rolling out an update to HTC’s 2013 giant and it is quite a big one. The update brings the new HTC Sense 6.0 experience to the One Max phablet, a promise that was made quite some time ago. Curiously, HTC’s software update page remains unchanged, but this news comes from the horse’s mouth so there is little doubt about its veracity.

Sense 6.0 gives HTC’s devices a fresh new coating when it comes to the user interface. Most obvious changes can be seen in the new design that is noted to use a stronger color palette and emotive typography, quite in line with Google’s own aesthetic bent. HTC’s custom news app BlinkFeed has also seen significant improvements, letting users easily customize the content they want to see. The homescreen has also been updated with ease of use and quick changes in mind. One new feature is the ability to not only choose a font but to also to download new ones from Google Play Store.

The update isn’t all about UI changes, however, as HTC has also included several behavioral ones as well, primarily bug fixes. Issues surrounding the ISIS mobile wallet system as well as the fingerprint scanner have been addressed. There are even new features included, like the ability to set a schedule for Do Not Disturb mode. And there is a new pre-loaded app included in the package in the form of Emergency Alerts.

As always, firmware updates roll out in staggered fashion, so it is unlikely that all owners will receive the notification all at the same time. If you haven’t yet, the usual method of manually querying the update servers via the device’s About Phone settings is always available. And of course, a stable WiFi connection and ample battery charge will be required to perform this update smoothly.