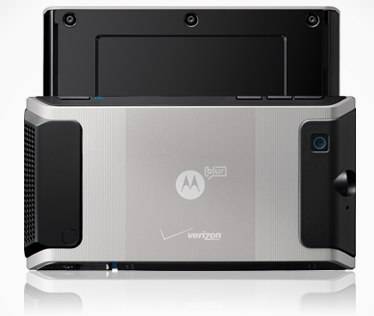 Motorola have officially announced the DEVOUR, their latest Android smartphone for Verizon’s network.  The Motorola DEVOUR is another QWERTY slider, with a 3.1-inch capacitive touchscreen and the company’s MOTOBLUR social networking interface.

As well as EVDO Rev.A support there’s WiFi b/g, Bluetooth (with A2DP support) and a 3-megapixel camera with autofocus, along with GPS and a microUSB port.  DEVOUR buyers also get a 3.5mm headphone socket, DLNA support, a dual-microphone speakerphone with noise cancelation and a preinstalled 8GB microSD card.

In fact the main disappointment is the OS: Motorola have stuck with Android 1.6, presumably because that’s all they have MOTOBLUR coded for.  The DEVOUR will arrive on Verizon in March 2010; no word on pricing however.

MOTOBLUR is the first solution to sync contacts from work and personal e-mail services, including Gmail™, with posts, messages, photos and more from popular sites such as Facebook®, MySpace and Twitter. With MOTOBLUR, content is automatically delivered to the home screen and fed into easy-to-manage streams.