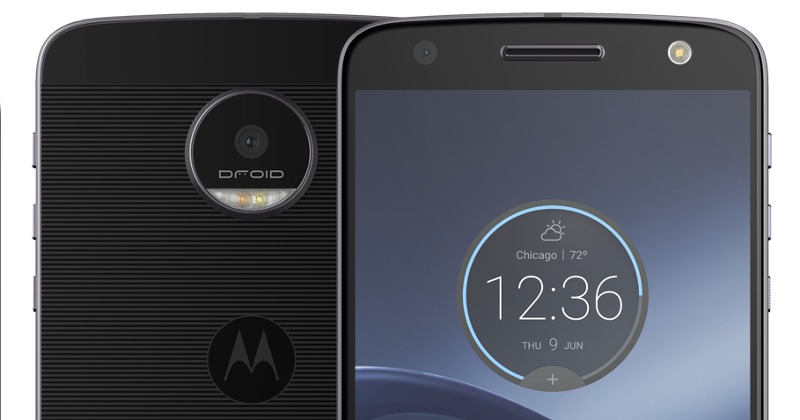 The fated day has arrived and Motorola has finally unveiled its champion for the year, and indeed it is called the Moto Z. Although there is now a change of ownership, Lenovo has wisely chosen to continue the honored tradition between Motorola and Verizon over exclusives. This time, however, there is a shift in branding. Gone is the solitary “DROID” name. Instead, what Verizon will be launching is the Moto Z Droid Edtion and its beefier sibling, the Moto Z Force Droid Edition.

That’s three companies’ brands all rolled into one! You have Motorola (“Moto”), Lenovo (“Z”), and Verizon (“Droid”) working together to bring Verizon’s consumers a new choice in smartphones. And that basically boils down to Lenovo and Motorola’s idea of what a modular smartphone should be. And it’s quite different from what LG or Project Ara envision.

Project Ara, of course, represents the “purest” idea of a modular smartphone, with components that you can swap in and out anytime. The LG G5, on the other hand, used modules practically as extensions that offered additional control without actually taking anything away (except perhaps the battery). That, however, still required users to slide out the bottom part of the device and slide in the module, just to complete the modular smartphone feeling. The Moto Mods are, perhaps, the least “disruptive” of these three, as they simply magnetically latch on to the Moto Z, pretty much like a back cover. Perhaps it is more accurate to consider the “Mod” in Moto Mods as “modifications” rather than “modulear”.

While LG promised the world when it came to modules but delivered only two at launch, Motorola is doing one better, literally. Its first batch of Moto Mods are composed of three types. You have the JBL SoundBoost Speaker which not only blasts loud stereo audio, it also serves as a kickstand. And it won’t drain your battery (too much) as it comes with its own 10-hour battery. The Moto Insta-Share Projector converts the Moto Z into a home theater system. In other words, a smartphone with a projector. It can project imaegs up to 70 inches. And yes, it does have a kickstand and battery too. The last type is the power packs coming from TUMI and classy kate spade new york.

As for the smartphone themselves, the Moto Z and Force Droid Editions are pretty much what you expect from the previous DROID line: high-end specs, semi-rugged build, and unmatched battery life. Both models come with a few common specs such as:

Where the two differ are in cameras and batteries. The Moto Z Droid Edition has a 13 megapixel shooter and a rather low 2,600 mAh battery that at least gives 8 hours of power in just 15 minutes. The Moto Z Force Droid Edition, on the other hand, steps up the game with a 21 megapixel camera and 3,500 mAh battery, the latter giving 15 hours for only 15 minutes of charging.