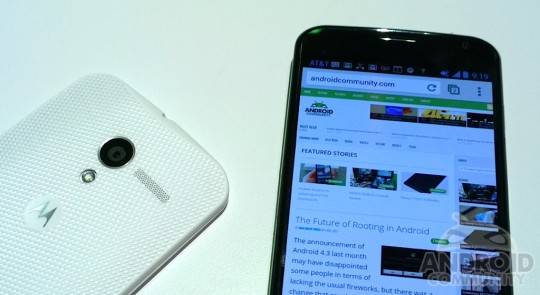 Motorola has yet to offer an availability date for the recently announced Moto X smartphone. And in fact, the carriers have yet to offer anything specific either. The official line has been how the handset would arrive beginning in late-August. With that in mind, a recent leak is pointing towards an August 23rd release with Verizon Wireless.

The details of the leak come by way of Android Central who have been tipped off by an anonymous source. Said source has shared an image of an inventory system from a “major” retailer. This image details a “street date” of August 23rd with mention of inventory arriving on August 15th. 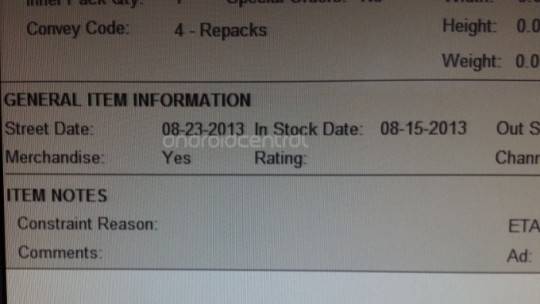 No mention of pricing was included with this date leak, however we suspect it will be competitive with the other carriers. At present we have seen details about the 16GB Moto X selling for $199 with AT&T and also for $199.99 with US Cellular. Of course, Motorola also mentioned $199 and $249 price points for the 16GB and 32GB models respectively.

Aside from the release of the Moto X, Verizon Wireless customers looking for a new phone have a good month ahead of them. Big Red will also be launching the DROID Mini, Ultra and Maxx smartphones in late-August. Not to mention, there is also still talk of an HTC One announcement coming later in the month.

Aside from these other Android handsets, the Verizon Moto X is expected to get MotoMaker customizations later in the year. One catch with the Verizon version of the Moto X that some should be aware of is the bootloader. Those looking to have that unlocked will need to skip the regular carrier branded model and instead look towards the Developer Edition that will be available by way of Motorola. 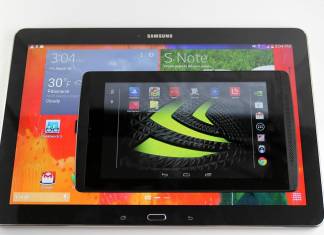 Bharat Bhushan - July 8, 2020
Samsung has trio of new smartphones and a smartwatch lined up for debut in the coming days. Now a report suggests even a pair...