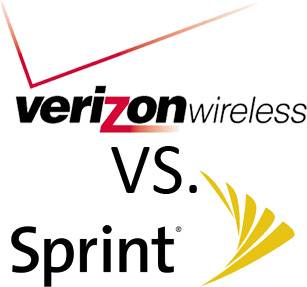 In head to head speed tests pitting Verizon’s LTE 4G network against Sprint’s WiMax network, Verizon has come out on top. The test was conducted on the HTC Thunderbolt for Verizon and the HTC Evo sitting in Sprint’s corner. The test, which was a regimen of 1,000 basic speed tests in New York City. The phones were also used in hotspot mode to measure speed connections via the iPad 2 and a Toshiba Laptop. In the end, the results are pretty impressive.

Categories looked at included average downloads, average uploads, and latency times. The tests found that on average, the HTC Thunderbolt enjoyed an average of 9Mbps down and 5 Mbps up, while the best that Sprint’s WiMax could do was an average of a 1Mbps for both download and upload speeds. In addition, Verizon hit a max speed of 19Mbps down and 10Mbps up.

The tests were conducted by research firm BTIG. Their conclusions were also based on Verizon’s latency was from nearly half to almost a third less than that of Sprint’s WiMax. It wasn’t even close. Then again, one has to wonder if the EVO has the edge on battery life.