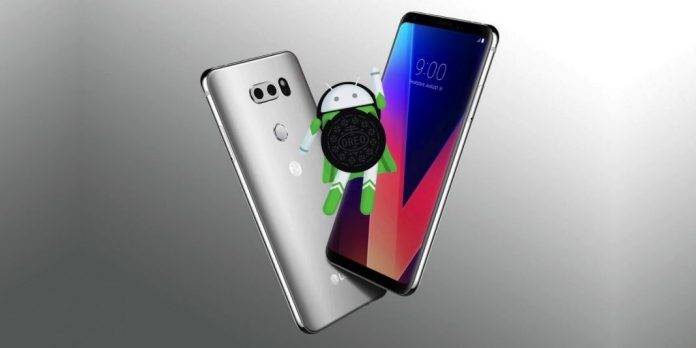 The Android P Developer Preview is out. That also means OEMs and networks will be busier and faster in releasing the Android Oreo update. At this point, we don’t really care if it’s 8.0 or 8.1. We just want more rollouts for most flagship phones especially. The couple of months, a number of devices received the cookie update including the HTC U Ultra, Samsung Galaxy phones in Turkey, Samsung Galaxy Note 8, Galaxy S8, Nokia 3, and the Essential Phone.

This time, Verizon’s LG V30 is ready to receive the much-awaited Android 8.0 Oreo. The carrier hasn’t shared any public announcement yet but a number of LG V30 users are sharing the good news. Make sure you have at least 1.7GB of space (or more!) before you download the update. It is large but to be safe and for a problem-free download and installation, have enough memory ready. Mobile data connection is okay but WiFi is recommended.

Specifically, this is the VS98816A version of the software. It is said to be the first ever LG Oreo update rolling out in the country, at least what we know of it. The OTA should arrive to Verizon LG V30 phones but you can always check manually. Check Settings> System update.

Meanwhile, in South Korea, LG is believed to be releasing V30S ThinQ updates for some V30+ phones. We’re assuming such update will be released for more LG V30 and V30 Plus units and have the same features of the V30S ThinQ available on them. The update is at least 821MB so it is recommended again to have enough storage space.

A changelog was shared over the weekend saying there is improved fingerprint recognition for KakaoBank. The camera app is getting additions fro Q lens to AI Camera, Bright Camera, Q Voice, and the Google Assistant. This random restarts reported previously have been fixed already while Google Drive now supports downloading of files bigger than 4GB. Vibrations for calls or texts and call quality have been improved as well.