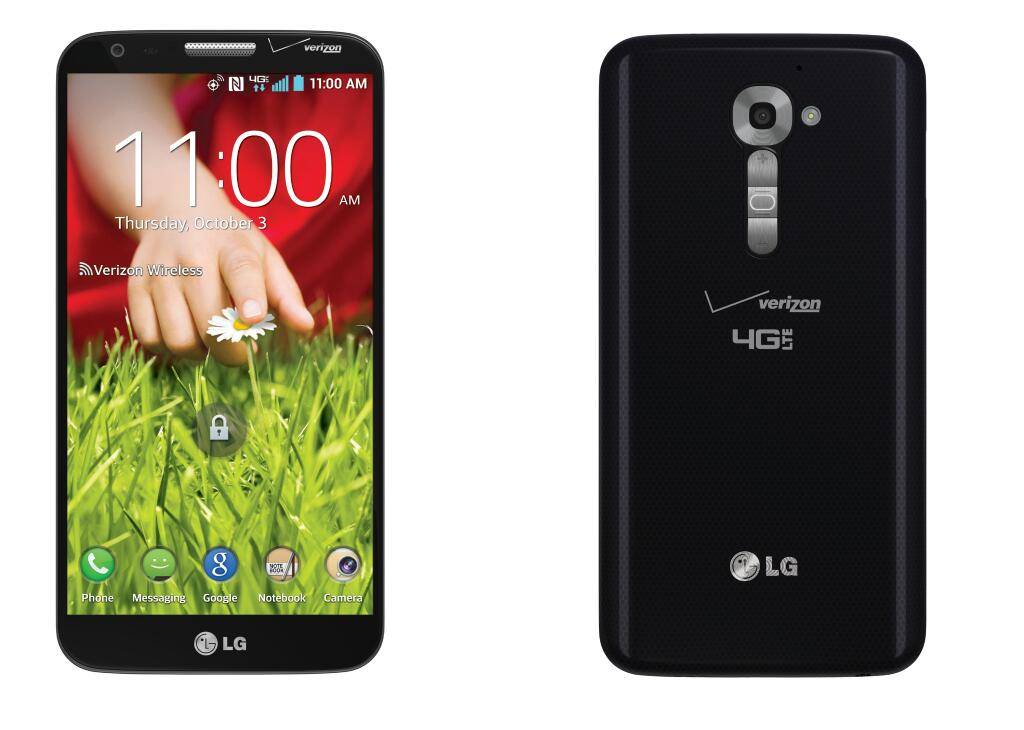 LG has just pulled off the covers on much-anticipated G2 smartphone at its LG G2 Day event in New York City. US buyers might not have to wait long to get their hands on LG’s newest flagship as the company announced that the G2 will be available on all four major carriers. T-Mobile was the first to confirm it and now Verizon Wireless has also come out to signify their commitment.

For those who still don’t know, here’s a rundown of the G2’s juicy bits. It is, so far, the world’s thinnest 5.2-inch smartphone with a 1920×1080 display. It has 2GB of RAM, 16 GB or 32 GB of internal storage and a 13 megapixel rear camera. Last, but definitely not the least, it houses a Qualcomm Snapdragon 800 2.3 GHz processor that blows the competition out of the water.

On its Twitter feed, Verizon confirmed that the G2 will be coming soon to their 4G LTE network. Of course, they didn’t give out an estimated date, but they did tease a photo of what their customers can expect to get.

Let’s have a logo counting game, shall we? Verizon definitely doesn’t want their LG G2 to be mistaken as some other carrier’s version. Fortunately the G2 doesn’t have a dedicated physical button at the bottom, or we may have a repeat of some other ill-placed logo on a Verizon phone.