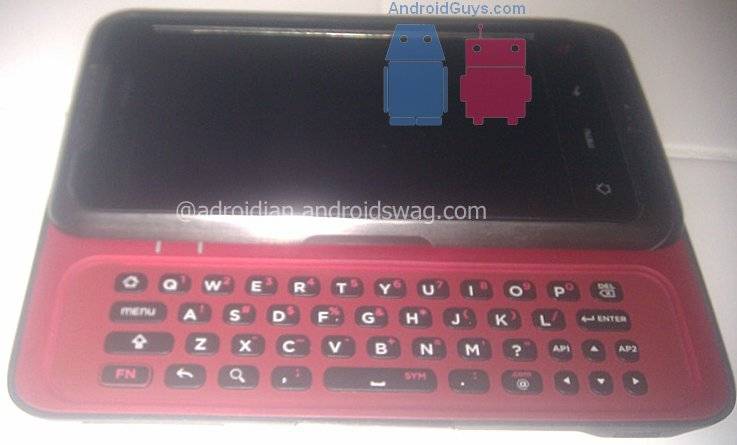 Verizon’s next HTC Android smartphone has turned up in the wild, with AndroidGuys scoring images of the QWERTY slider.  Currently unnamed, the handset is said to have a 4-inch touchscreen and a 1.2GHz processor; of course there’s also a four-row keyboard for easier text entry.

Interestingly, the handset is also a so-called world phone, including both CDMA and GSM radios for use on Verizon’s network in the US and – going by the SIM installed in the prototype – Vodafone’s network while abroad.  It’s expected to launch in early 2011 and is running Android 2.2 at present, though that could change between now and commercial availability.