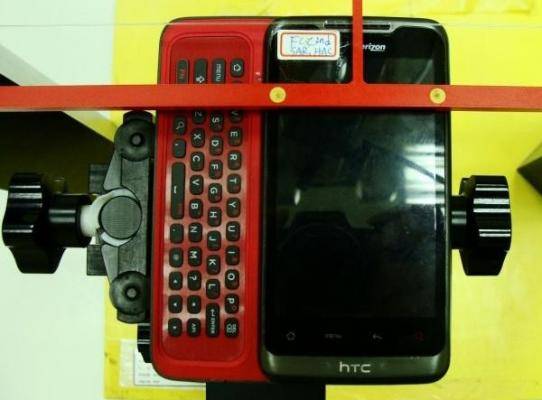 Spotted over at the FCC was this large HTC handset wearing Verizon’s wedding ring. We do not know if this is a Droid phone but by the looks of things, this could be called the Droid King. Looks as though the phone is sporting a 4 inch display with a slide out keyboard, dressed in that all to famous Verizon red.

Rumor has it that this will have one of the fastest processors in it that we have seen in a Google ran device, and there has been no word of pricing or availability. As fast as Verizon is launching Droid devices, we would not be surprised to see this nestled in Verizon stores around the US.