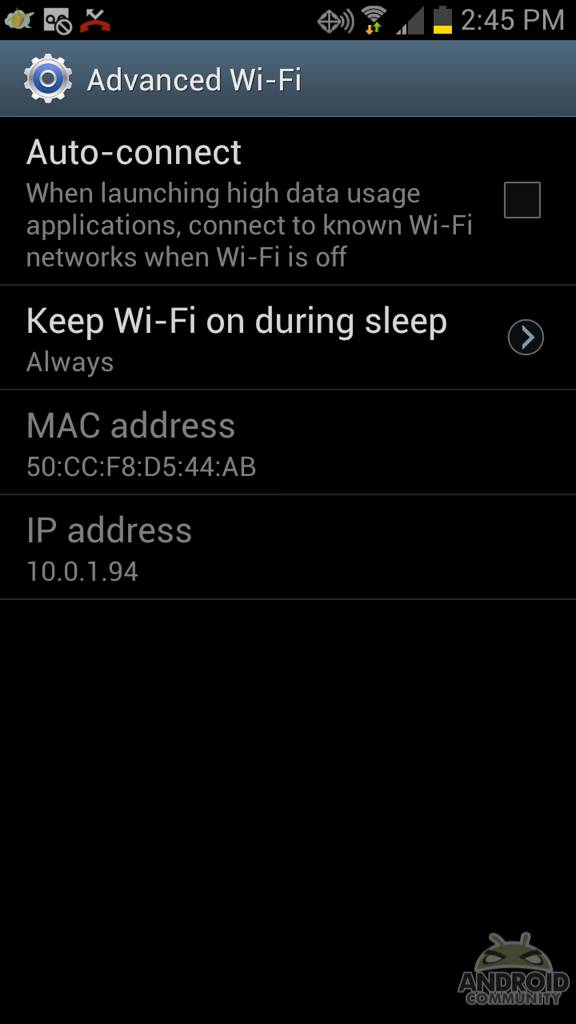 After spending some time with both the new HTC DROID Incredible 4G LTE, and more recently the flagship Samsung Galaxy S III we are having a few issues and surely aren’t alone. We’ve received multiple tips on this ongoing and out of control WiFi notification alert that simply can’t be disabled. Between all the early adopters who pre-ordered, and early review units on the Galaxy S III we’ve found that not only can this not be disabled, but it’s causing disconnect problems with daily usage too.

Verizon’s version of the Samsung Galaxy S III has a feature that gives you the option to be notified if there’s a nearby Wi-fi network, as do the other carrier versions. A convenient feature indeed. The problem here is Verizon doesn’t give you a way to turn this off, and you’re stuck with an annoying pop-up notification almost all the time. We aren’t just being picky either because this issue gets worse.

No matter what, whenever the phone finds a WiFi network, you’ll be notified. You do however get 3 options as shown above, but they only allow you to attempt to connect, to select “always” connect, or to say no and remind you later. Absent is that much needed “never” option. To make matters worse if you select the option to “always connect” to open WiFi hotspots it will connect just as it should, but here’s where the annoyance becomes an actual problem. If you select always connect yet the phone doesn’t know the password, the device disables your data connection while trying to connect and once it fails the data is not re-enabled. You’ll still get phone calls but all data is stopped until you notice the problem. The Verizon Galaxy S III will just be running in circles looking for an open WiFi connection.

Now this makes sense because the more people using WiFi networks instead of Verizon’s data the better — for them and us — but to not give us any reasonable options is quite frustrating. If Verizon constantly bothers us to turn WiFi on, we probably will when given the chance. The fact that AT&T’s version of the Galaxy S III nicely notifies users in the dropdown instead of always popping up, and doesn’t disable your data connection makes this a problem exclusive to Verizon.

We’ve reached out to both Samsung and Verizon who are now investigating this issue, and we’ll be sure to update once we hear anything back. The idea behind it is a good one, but at least give us some options instead of an always nagging popup notification. For all those who’ve received their Galaxy S III on Verizon, how is this effecting you? Have you experiencing the same pains?