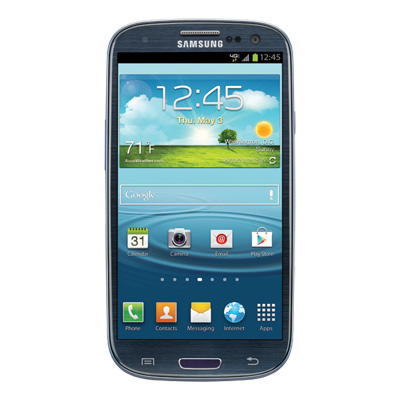 Samsung‘s flagship smartphone, the Galaxy S III, has been a huge hit. It’s sold more than 20 million units so far and it’s only expected to grow with the holiday season coming up. Now it looks like Samsung will be selling the developer edition of the Verizon version to anyone who wants to pony up full price for it.

It comes in “Pebble Blue” and will cost $600 for the 16GB version, while the 32GB version will sell for $650. All the specs are the same, including the Qualcomm S4 Krait processor and 2GB of RAM with a 4.8-inch Super AMOLED screen. The only difference is that the bootloader is unlocked, making it extremely hacker-friendly.

It seems that Verizon waited too long for anyone to care anymore. The retail version of the Galaxy S III already has had its bootloader cracked, so the developer edition is more or less identical to the retail version. Still, for those that don’t even want to deal with a locked bootloader to begin with can now pick one of these up.

While it’s now already out, it shouldn’t come as a surprise that Verizon has waited this long to allow the developer edition of its S III to be purchased. They usually like to keep their phones on lockdown, so it’s nice to see them open up a bit, especially when the Galaxy S III is one of their most popular Android devices.