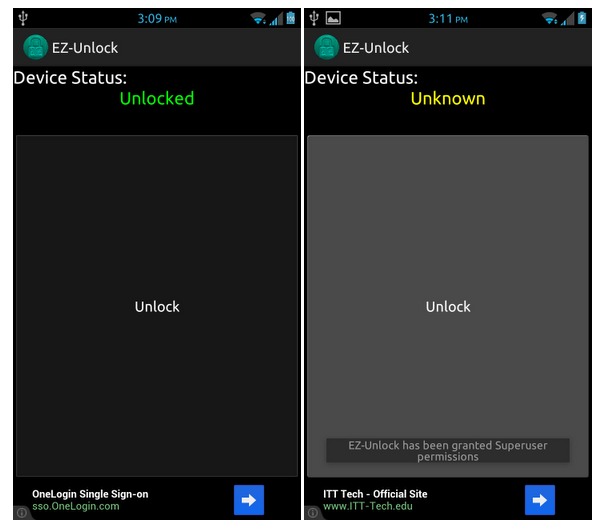 When Samsung dropped their popular Galaxy S III smartphone the first thing many enthusiasts in the Android world did was root it, unlock the bootloader, and start developer custom ROM’s followed by Jelly Bean ports. In their usual fashion Verizon made Samsung lock down the bootloader on their version. So while every other phone was having fun, Verizon’s wasn’t. Today we have an app to solve that.

Those awesome developers from XDA and RootzWiki always manage to out think these problems and come up with ways to unlock our favorite devices. For those following along, the bootloader for Verizon’s Galaxy S III has recently been cracked and last night an easy to use tool was released, but nothing like the app available now.

Those same awesome developers have now bundled up that unlock method in to what might be the easiest bootloader unlock process you’ve ever seen. A simple app in the Google Play Store. It’s called EZ-Unlock and is exactly that. Just download it (by clicking here) make sure you have root access, and hit that massive unlock button. That was easy! 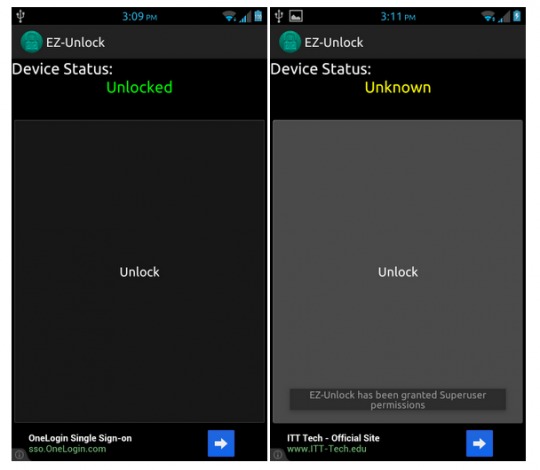 That isn’t all either. They’ve also made the app a simple way to lock the bootloader too for those in need. Simply fire it up and you can now lock the bootloader the same way in case you need to send it in for warranty replacement. The folks from CyanogenMod have recently released a test build of Android 4.1.1 Jelly Bean for the Verizon Galaxy S III, so that’s a good place to start. Enjoy!