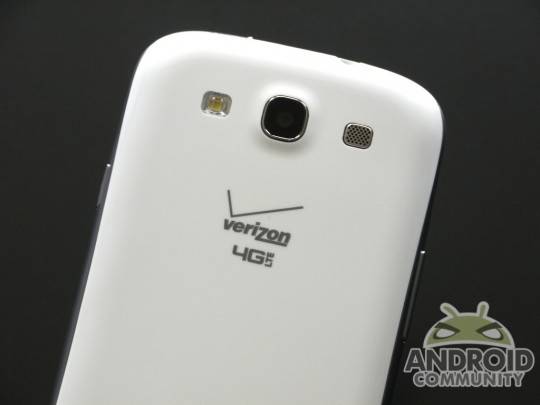 Following some of the other carrier branded Galaxy S III updates, Verizon Wireless has become the latest to begin rolling out Android 4.3. With that in mind, those carrying a Verizon Galaxy S III should be on the lookout for the update notification to arrive. Knowing the update rollout has already begun, users will be seeing an update that measures in at roughly 116MB in size and delivering support for the Galaxy Gear smartwatch as well as a decent sized list of fixes, changes, and other miscellaneous tweaks.

First things first, along with the bump to Android 4.3, Verizon Galaxy S III users will see their handset jump to software version JJSS15J.I535VRUCML1. The Galaxy Gear support includes being able to get notifications on your wrist as well as auto-lock, hands-free calling, find my phone and the pedometer and S Health integration. Of course, the $299 price barrier remains.

This update is also adding support for the Verizon Cloud. This, as the name suggests, is a cloud solution. In this case, that means 5GB of cloud storage the user can use for backups, transferring content and even saving text messages, call logs and more. Once the Android 4.3 update has been installed, users can access and get setup with the Verizon Cloud app by tapping the Backup Assistant Plus notification (or app) and then installing and setting up the Verizon Cloud app.

The Verizon Galaxy S III update has the Starter Mode being renamed to Easy Mode. Along with that name change, a few apps also saw similar changes. The changelog for this update mentioned that AllShare Play is now Samsung Link, AllShare Cast is now Screen Mirroring and Media & Music is now part of the Samsung Hub. And lastly, the following other items have been included;

Bottom line here, if you are carrying a Verizon Galaxy S III — either be on the lookout for, or dive into the settings and check manually for the update. And once you see the notification simply follow the prompts.