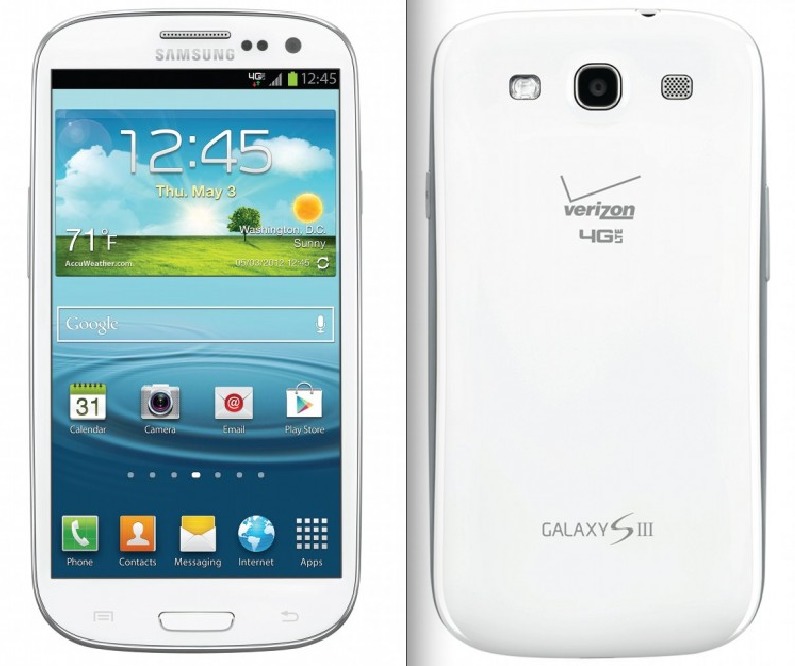 We’ll be having lots of Samsung Galaxy S III news over the next few days so be prepared to enjoy it. Samsung yesterday confirmed 5 major US carriers would all receive their new flagship smartphone, the Galaxy S III starting in June. Already this morning we are getting official announcements from multiple camps and Verizon has just confirmed theirs. More details on their LTE version and low price after the break.

Verizon has confirmed the Galaxy S III with their nations largest 4G LTE network will be available for pre-order starting June 6th for just $199. Previous 4G LTE devices have been bumped up to $299 so I’m extremely happy to see the price return to what I call “normal” pricing. Verizon’s model (and probably all US carriers) will not get the quad-core version, and instead will be rocking Qualcomm’s 1.5 GHz dual-core S4 Snapdragon processor, which we’ve seen in the HTC One S and One X to be very capable. Other specs remain the same with a 4.8-inch 720p HD display, 2GB of RAM, 4G LTE, 2,100 mAh battery and that impressive 8 megapixel camera.

Verizon has also unleashed their landing page for the Galaxy S III, which gives you additional details, and you can sign up for email alerts and news for when they’ll start accepting pre-orders and more. Just like others, Verizon will be offering the SGSIII in a $199 16GB model, as well as 32GB $249 flavor. We are also hearing from Droid-Life that full retail pricing (if you don’t want to sign a contract and lose that unlimited data plan) will be $599 and $649 respectively.

It appears the last few weeks on June are going to be exciting with everyone launching their Galaxy S III versions. Verizon didn’t announce an exact date for when it will be available, and only stated the pre-order date. Hopefully they don’t blow this launch like the did the Galaxy Nexus.