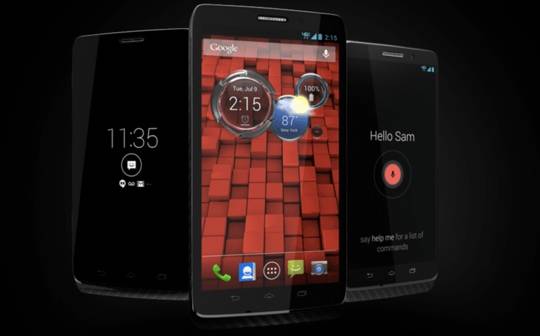 At an event taking place this morning, Verizon Wireless has unveiled three new DROID branded handsets. This new DROID lineup will consist of the DROID ULTRA, DROID MAXX and DROID Mini. Basically, it is looking like these three new handsets will be replacing the RAZR lineup that was revealed last fall.

That aside though, Verizon is going to begin accepting pre-orders for all three models today with the actual availability date set for August 20th. Of course, perhaps more important here is the pricing. These prices all reflect a two-year agreement so with that in mind, the DROID MAXX will be $299, the DROID ULTRA will be $199 and the DROID Mini will be $99.

The DROID lineup is touted as being “thinner, lighter and stronger.” The Mini brings the focus on the compact design and is said to be “compact without compromise.” The MAXX is about battery life and is said to be able to top out at up to 48 hours. The ULTRA is about being thin and is flaunting that with a thickness of just 7.18mm.

Of course, the MAXX is also on the thin side with a measurement of 8.5mm. Aside from the hardware, Motorola has added some goodies called Active Display, Quick Capture and Droid Zap. Those last two are camera and image related with the Quick Capture doing just what the name would imply — capture images quicker. The Droid Zap is about sharing and will allow for image sharing with a simple swipe.

That all begin said, the pre-orders will be available by way of the Verizon Wireless DroidDoes website and it is looking like these handsets will come with a few perks. During the event Verizon made mention about how each of these three handsets will get six months worth of Google Play Music for free as well as an invite to play Ingress.