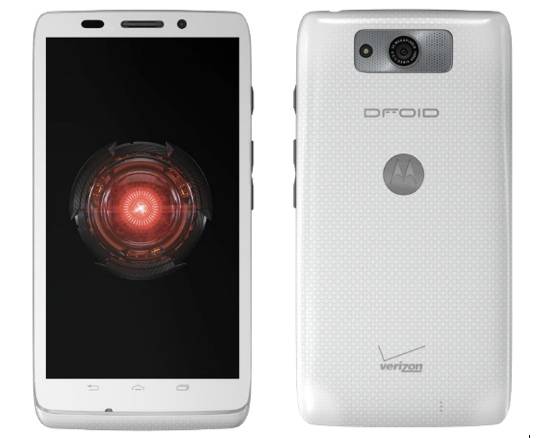 Verizon has added a new color for the DROID ULTRA and DROID MINI handsets. As of today, both handsets are available in white. This new white model joins the previously available black and red and is basically, the same handsets, just in a new color. Simply put, the pricing and the specs each remain the same as had been.

While these handsets both sport different size displays, the share many of the same features. They each have 16GB of internal storage and 2GB of RAM along with a 2 megapixel front-facing camera and 10 megapixel RGBC rear-facing camera with quick capture. They both also have the Motorola X8 Mobile Computing System which means some extra perks.

The goodies that come along with the X8 include Active Display and Touchless Control, both features that are also found on the Moto X. The DROID handsets also have DROID Zap and the Command Center, both of which are exclusive to the DROID lineup. Otherwise, the DROID ULTRA has a 2130 mAh battery and the DROID MINI has a 2000 mAh battery, both of which are said to be able to offer up to 28 hours of run time.