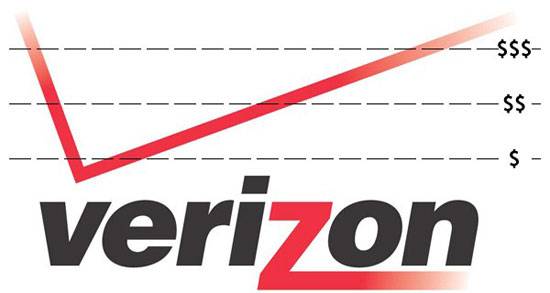 While many family plans are available to share minutes and text messages the option to share data across the entire group is still not available. I’d have thought we’d see this already but apparently not. This week at at the UBS Global Media and Communications Conference, Lowell McAdam, CEO at Verizon had a few updates regarding the matter. He notes that it only makes sense for family plans to be able to share data and have a single bill and that after 2 years of work toward account-level pricing, Verizon may finally be ready.

We have heard these types of ideas in the past and Verizon isn’t alone here either, but this is the closest we’ve seen to it actually becoming a reality. This would be extremely useful for those with an android phone, tablet and a laptop all using Verizon. Being able to have one account that shares data for all devices only makes sense, and would keep things simple. Being able to just purchase 5 or 10GB of data and use it across all my devices would be a nice direction — as long as it doesn’t cost an arm and a leg.

While McAdam didn’t offer an exact date he did give us some additional details and sort of confirmed a date we can expect to see shared data plans hit the streets. This was his small comment: “I think in 2012 we will see it.” He also goes on to talk about Isis, the Google Wallet competitor created by a joint venture of multiple carriers to take advantage of NFC capabilities in smartphones. More details are available from the via below but I’m mainly interested in this shared data idea. Hopefully we can get in with something like that at a fair price– we’ll see.