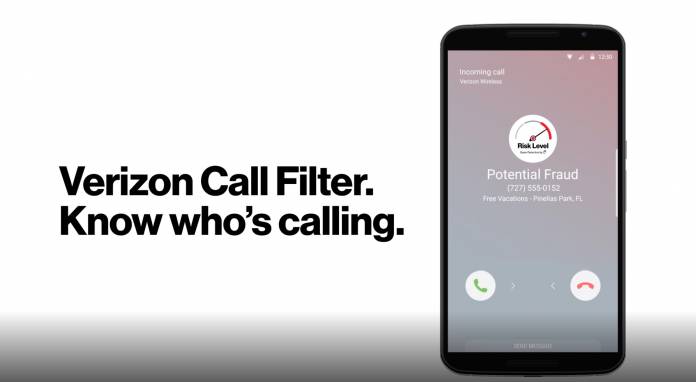 Robocalls are apparently a pretty big problem that a lot of our carriers are working on coming up with services to help their customers. Verizon is now offering a free version other Call Filter service so that users will be able to identify these fake calls and screen them accordingly. The carrier is also starting to deploy the STIR/SHAKEN caller ID technology that eventually will be part of the network interconnectedness that all US carriers seem to be working towards.

The Call Filter is a service that Verizon has been offering their wireless customers to protect them from robocalls. Now there’s a free version where you will be able to get alerts when a call that you’re receiving is probably spam. They will also be able to report unsolicited numbers and they can automatically block robocalls, choosing their level of risk. However, some of the features are dependent on the kind of phone that you have.

But if you want to get a more enhanced call protection service, you can enroll in the paid service. For $2.99 per month, you’ll get the full feature set which includes the ability to identify unknown callers by name, more controls for the personal robocall block list, robocall risk meter, and a spam number lookup feature. And of course, this includes all the features in the free version.

Verizon has also finished testing the STIR/SHAKEN caller ID technology that will verify the number that you’re receiving the call from if that’s the number that actually placed the call. Some robocalls do “spoofing” where they use other caller ID to hide their actual identity or impersonate legitimate callers. They will start deploying this technology in the next few months until all major carriers will also do so.