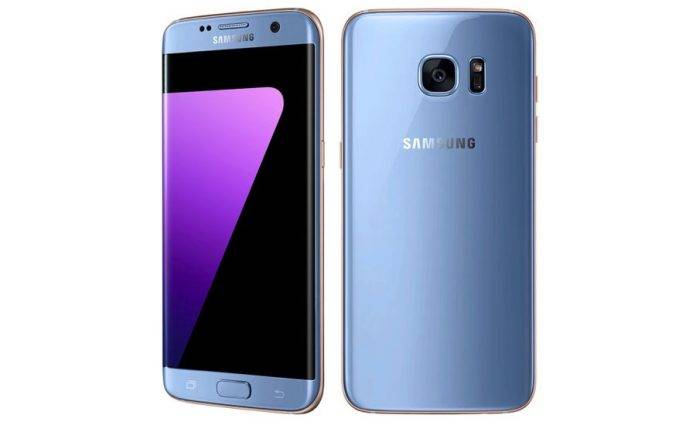 If you’re not too crazy about the standard colors that Samsung brought to the Galaxy S7 edge, specifically the Black Onyx, Gold Platinum, or Silver Titanium, then you’ll be happy to know you now have another color option. The Blue Coral variant was officially announced earlier and some carriers have made it known they will carry this color as well. Now, Verizon’s online store says the device is now available and you can even get the second one at 50% off.

The ill-fated Galaxy Note 7 had another thing going for it when it was first released and it was its slick-looking coral blue color. So when Samsung announced earlier this month that they were releasing a version of the Galaxy S7 edge with the same color, there was much interest in it. Now Verizon has opened its digital doors so you can get this variant if you are a customer of the carrier. Plus, you also get 50% off the second device, same phone and color, that you will get.

Aside from the color, you’ll still get the same ole Galaxy S7 edge that everyone else got (well, those who bought one of course). It has a 5.5-inch Super AMOLED screen, 1440 × 2560 display, 12MP dual rear camera, Snapdragon 820 processor, 4GB RAM, 32GB onboard storage, and a 3600mAh battery. It is also waterproof, which is a big factor for a lot of mobile people right now.

You can get the Galaxy S7 edge Coral Blue variant for $33 per month for 24 months or if you want a one-time payment, it’s $792. And if you want to get another unit, you’ll be able to get it at 50% off. Other carriers are also offering the color, like T-Mobile and AT&T.