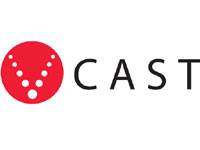 There was a tweet sent yesterday by Philadelphia-area VZW rep Sheldon Jones, that said Verizon will be bringing its VCast Video service to their Android smart phones starting Monday. This is great news for all you Verizon Android owners. Whether you have a Devour or an Incredible, all of their Androids should receive this service.

If you’re not a VZW customer this may be news to you, I thought VCast was a part of every smart phone on their network. It’s even preinstalled on old handsets like the Voyager. Since every Android device is stronger than a Voyager, I would assume that playback performance should be pretty good. But for optimum performance, a Droid or Incredible may be required.

There was no mention on whether or not this service will be a free adds on for Android phones. I would expect to pay around $10 a month for this service. VCast adds a whole new dimension of mobile video and television to Android. Enjoy your new feature when Monday rolls around.