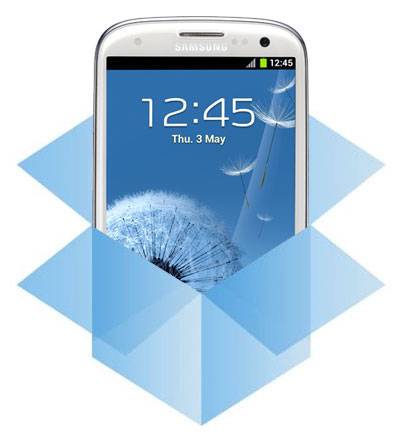 When Samsung announced their new Galaxy S III smartphone back in May we all learned new users would also receive 50GB of cloud storage free for 2 years from the folks at Dropbox — a good deal indeed. While worldwide users are already enjoying this free promo we’ve learned some bad news for the US. Both Verizon and AT&T have sadly opted out of this promo, and won’t be allowing the Dropbox freebie.

Pretty bum deal if you ask me. Samsung may have put their foot down and refused carrier-customized versions of their new flagship smartphone, but this shows carriers can still control the little things. We can only assume they have their reasons. Possibly for data usage or because they want to offer their own cloud options. Either way it doesn’t paint a good picture for the carriers. Everyone else to buy and enjoy the Galaxy S III will get 50 GB of free storage for 2 years.

According to the official support pages at Dropbox ”Select carriers have opted-out of the promotion on phones otherwise eligible,” and “Unfortunately, AT&T and Verizon are among these carriers not currently participating” as you can see from the screenshot above. While this is hardly a deal breaker, it is bad news and should potentially help out the sales for international models or for T-Mobile. I’d be making a quick build.prop file edit if I purchased the phone for Verizon.

I guess Verizon and AT&T customers can enjoy the usual free amount, or maybe opt for Google Drive and their 5GB limit.