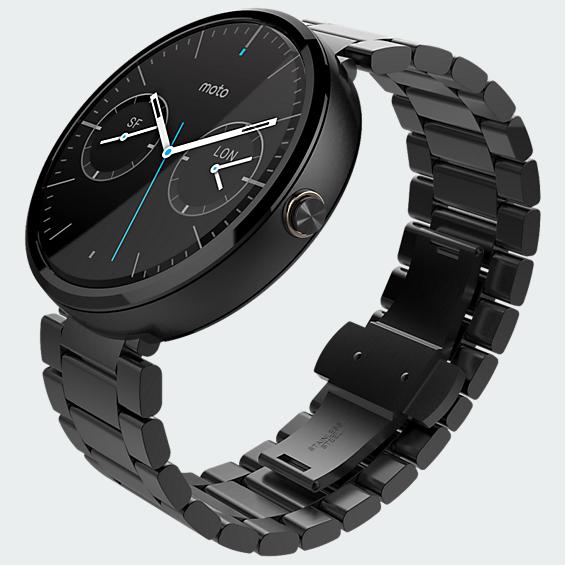 If you’re one of those who can’t wait to have Motorola’s first Android Wear smartwatch with its metal bands before anyone else, then you better switch (or stay) on over to Verizon. The US carrier is now accepting pre-orders for the highly vaulted Moto 360 with metal straps, ahead of the estimated fall official release. The round smartwatch has been teasing us for the past months with various leaks and rumors, and its unveiling at the IFA 2014 has made it a must-have accessory for the tech savvy.

Motorola finally showed the public what the Moto 360 was all about and it has a 1.56-inch diameter LCD touchscreen with Corning Gorilla Glass 3. It uses Bluetooth 4.0 to connect with any Android smartphone as long as it is running on 4.3 or higher. It has an IP67 water-resistant rating, a built-in pedometer and an optical heart rate monitor, which means it can be used while exercising or doing any physical activity.

The metal straps, available in black and silver, add class to the smartwatch and its round stainless steel case. The OEM said that this variant would be available for $299 and the straps can be bought separately for $79 at Best Buy outlets by fall this year. But Verizon is now already accepting pre-orders for the smartwatch with the metal straps, although you would have to wait a few more months to actually have it in your hands. Shipping will start later this year, in particular by November 11 and the Moto 360 costs $299.99. 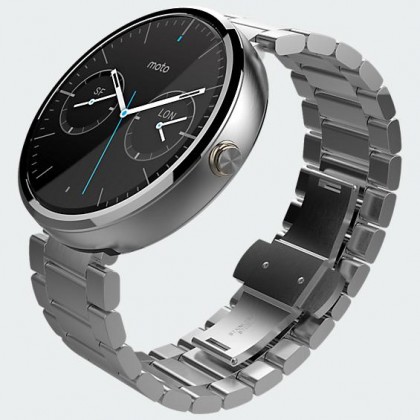 If you don’t care to have the metal straps, the Moto 360 with its normal leather band is now available for purchase through the Google Play Store and the Motorola store. However, some have reported that it is already out of stock a mere 3 hours after it went on sale, and there is no news yet as to when they will be replenishing their online stores.