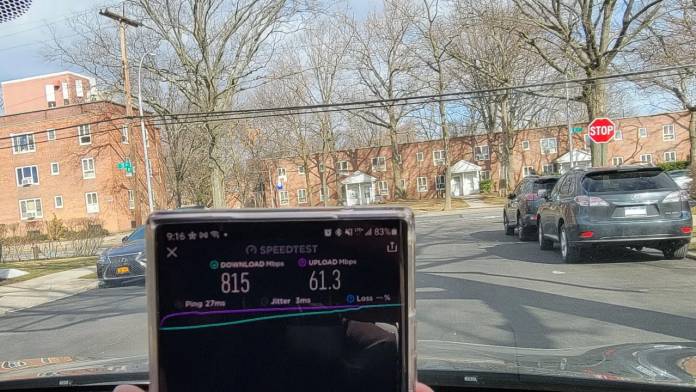 While you might believe that 5G should be way ahead of 4G in network speeds, you’ll be surprised to know that in some cases it isn’t. At least for now, however that could change in the future. As found out by Sascha Segan of PCMag who conducted a test to discover that the Verizon 4G is even faster than the nationwide 5G. This comes on top of the revelation that 5G is a battery sucker, and until the issue is fixed, it’s better to stay firm with the 4G network and turn off the 5G on your phone.

So why exactly is that the case you might be wondering? Well, the additional spectrum of the 4G network that Verizon bid for $1.89 billion on CBRS (not the C-band, but a one close to it) is the one doing the magic.

Verizon licensed the frequency spectrum last year and has employed it in certain regions. The same can be done for 5G as well but due to some technical roadblocks, it isn’t being tested out yet.

Segan identified these spots in New York, and tested the CBRS-spectrum 4G speeds alongside 5G, and found that the difference was mind-boggling. In one of his tests, the 4G download speed of 815 Mbps beat the 5G network on the DSS (Dynamic Spectrum Sharing) which could only attain 358 Mbps.

According to him, the DSS 5G that’s active in most of the spots nationwide isn’t providing anything more than the 4G right now. In a certain handful locations, where the UWB mm-wave 5G is active, there is reason enough to use the 5G network since it is very good.

The thing to keep in mind is that if you are going to buy a new 5G phone, make sure it has the C-band spectrum support. In the future when the Verizon 5G hits the networks with C-band support, it will be undoubtedly blazing fast.