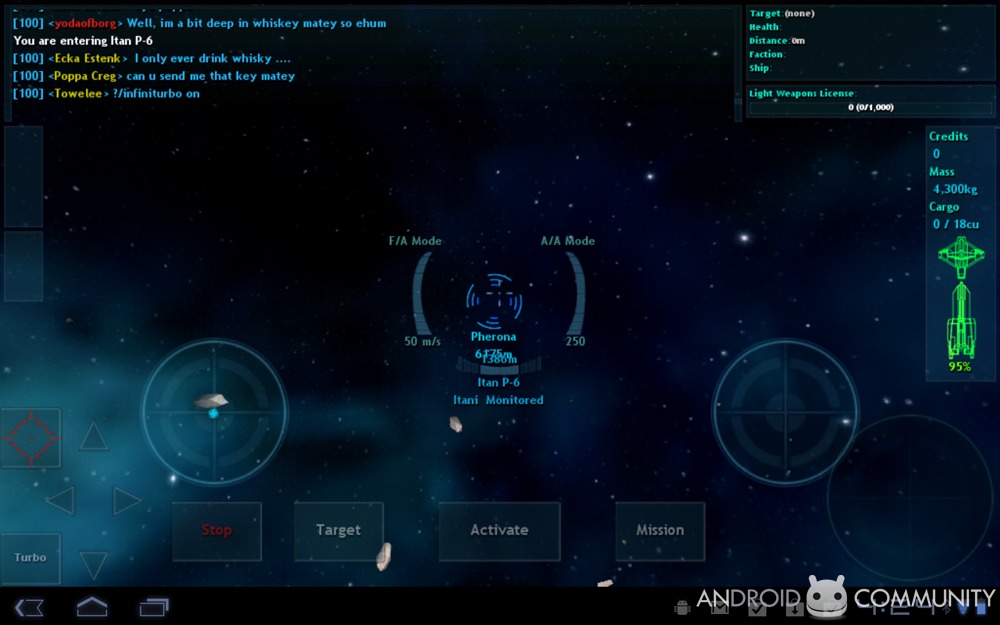 Behold a game that’s been out since 2004. I’m not kidding. Today while I was hanging out in the game, taking my final screenshots, a man told me he’d been playing the game for 6 years. Does that say something to you about the amount of gameplay you can potentially get out of this app? Quite a bit, yes. This is Vendetta Online, a game which has JUST this week come to Android for play on the Motorola XOOM which is of course running Android 3.0 Honeycomb. It’s a science fiction massively multiplayer online role-playing game (MMORPG) that you’ll now be interfacing with via your singular XOOM screen. It’s an entire universe – will our XOOM window into it survive with the rest of the ranks?

One thing we instantly see and think of when we’re looking at the systems this app works on, that being Windows, Mac OS X, Linux, and now Android, we see one giant hole that’s normally filled with a different operating system far before Android gets a game of this magnitude. Apple’s iOS. How did it come to get to Android first? We’ve gotta go ahead and guess that the XOOM’s knife into the tablet world for Android’s opening up of a whole new market had something to do with it. 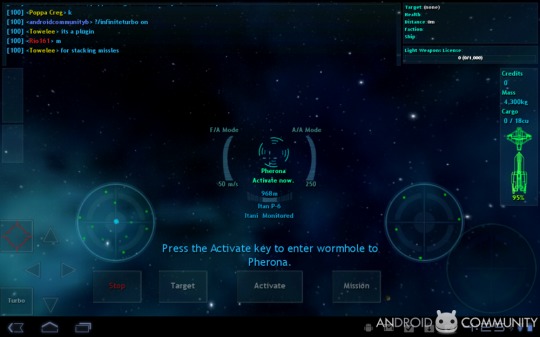 Because this game has such a gigantic backstory and years of players having already played it, I wont go too far into what the game is about. Instead I’ll give you a basic understanding of how the game works with the user interface given to you on the XOOM, and in doing so, JUDGE this game.

Since we’re here on this mobile platform, our first inclination is to get into the game and start playing it full-force as fast as possible. The most successful games in mobile computing are the ones in which you can get in, play a little, win some points, and get back out of. Is the same true with this newer platform, this not-so-mobile tablet computer that’s not exactly the same as a phone, a smartphone that you’d be carrying around all day long? A little bit, sure. A higher level of involvement in a game than in your everyday smartphone app should be assumed for software made for the tablet platform – it’s not just a big phone, man. 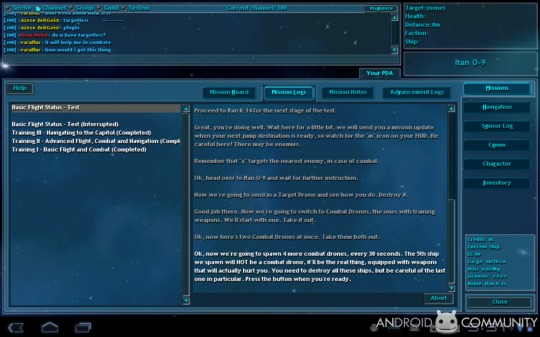 On the other hand, Vendetta Online starts with a tutorial that lasts entirely too long. Several “missions” and minutes, half hours, hours later and we’ve gotten quite tired of the game because there’s so much work to do before the “real” game begins. If there is to be a downfall of this game on the XOOM, this is one of two of them. The other is of course the fact that you’ve got to pay a subscription fee to continue playing for more than the initial free period.

A subscription fee is something you pay for time played in this game which does indeed have updates and additions regularly. Weekly, if not what seems to be every time we start the game up. This model obviously works for some games, and since Vendetta Online has been active now for 6+ years, they must be doing something right. Will it work out the same here on this tablet platform? Maybe not, but also very possibly. 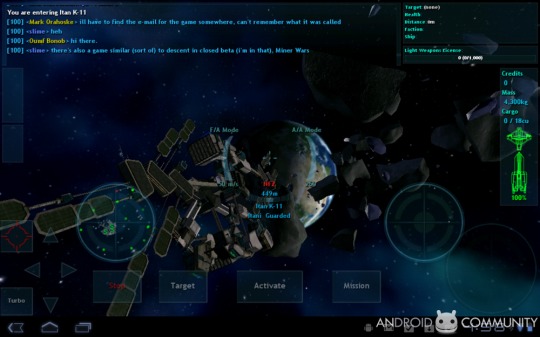 Us not being hardcore gamers or the type that even really gets into World of Warcraft, we’re hesitant to say that many people who are like us will play much longer than the free period. That said, I personally played days and days of my life away back in highschool in the game Diablo II, which had no subscription price. Would I play that same game now? Probably not. I don’t have the time to play games that require that much involvement anymore – not because I’m inpatient, but because I’ve got to work during the day, too.

Oh my goodness there’s is one whole heck of a lot of appeal to be had by those who love video games. While we don’t think the control system on this platform is perfected by any means, it’s clear they took the time to make sure that people who’d played the game before would have both a familiar experience here and a pleasant time continuing their Vendetta journey on this fantastic new bit of hardware. New players, too, supposing they love games that require this much attention, will love the amount of detail in each little corner of the game they’ll be finding. Control panel after control panel, groups, and galaxies. 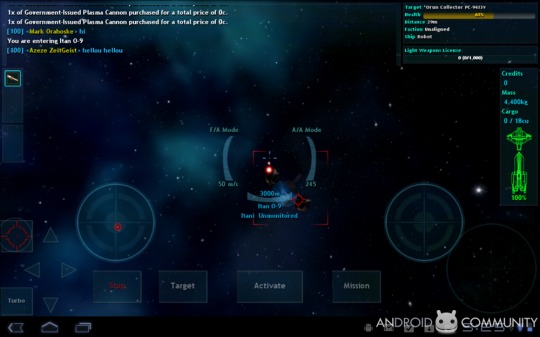 Dogfighting in space is fun, or just as fun as zero-gravity gunfights can be – (if you’ve never tried it before, prepare to get sick to your stomach, dizzy, and disoriented.) The controls allow you to move absolutely any direction but backward, and if you’re smooth enough with the controls, I’m sure you could figure that one out too. Once you’ve got the hang of the interface you’ll be working with in Vendetta Online, you’ll be pleased at the accuracy, the magnificence of the perfect direction pads and acceleration vs the objects around you, and even the way it “feels” to crash into other objects. 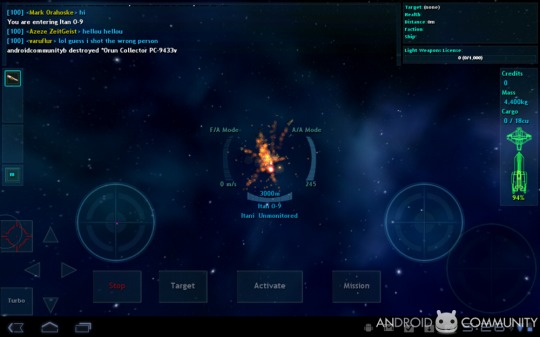 The universe is not infinite, but it is definitely larger than you could ever want to get to the ends of. You’re able to jump back and forth from one sector to the other in warp-speed animations that’d make your Star Trek fanboy eyeballs melt. Loading time from one sector to the next is less than 20 seconds, and there’s not a skipped frame in sight anywhere, ever. 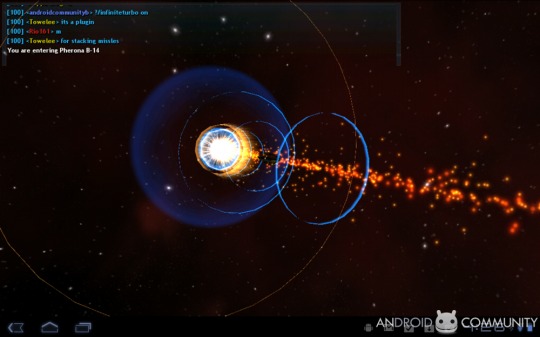 If you like World of Warcraft and you don’t easily get vertigo, you’ll enjoy the heck out of this game. If you like Angry Birds and don’t enjoy having to use more than 10 minutes of your day on a bit of fun during your break at work, this is NOT the game for you.

Perfectly wonderful, not lack of magnificence, not a loose pixel anywhere. That said, this game is limited by the fact that it’s got to work over several platforms. It’s clear that the universe here is flattened to a certain level so that it’ll load, but you know what? We’re not complaining. The unbelievably awesome experience of falling out of lightspeed, having to take 4 minutes to speed into the sector that has the space station, then actually floating into not just the area, but literally into the docking garage – that is unbelievable. Completely amazing. 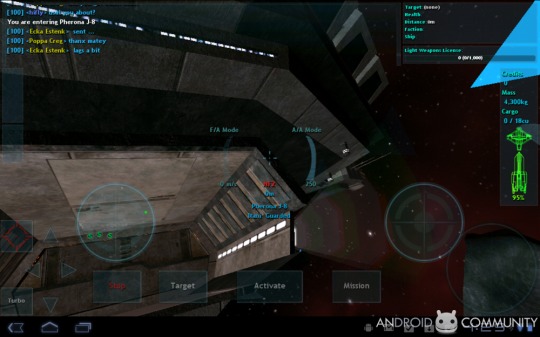 Interaction between players in this game is simple, knocked down to textual interactions in some places while in other places they’re just groundbreaking – like the ability to have multiple players running one ship. Wow. Friggin awesome. They’ve clearly focused on the ultimate dream of every person who ever wanted to live an alternate life and escape to a completely different reality here, doing away with the fancy stuff like Hollywood-level graphics. This is the game for you if you go to a Star Trek convention dressed up as a captain, then ask people who are dressed like you what ship they’re from. 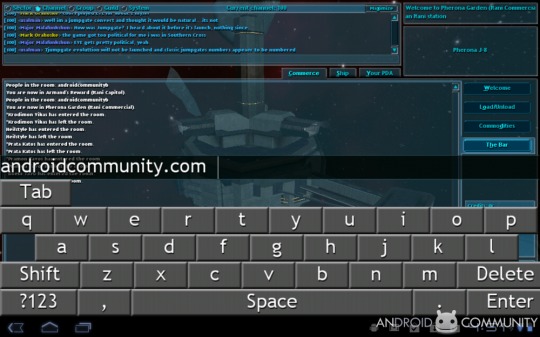 I’ll be brief here, as there’s some rather specific situations going on here in this game. This is a game for two groups of people. One is people who’ve played this game (or even similar games) before who want to work with a new platform, namely the awesome simplicity of the XOOM. The second group of people that this game will appeal to is people who want to be put in awe by a game so very real that the gigantic nature of it can get to the point where it’s boring. Do I think the movie Blade Runner is boring? Yes. Do I think it’s one of the greatest movies of all time and basically want to watch it every few months because I love it so much?

Go buy the game, no matter who you are. You’ll want to play it on the XOOM, as that’s clearly what it was made for. It costs a buck. Actually it costs $0.99, but who’s counting? It costs less than a couple cans of soda pop, and you get to play it for free for a bunch of hours, it’s worth it just to try it out. 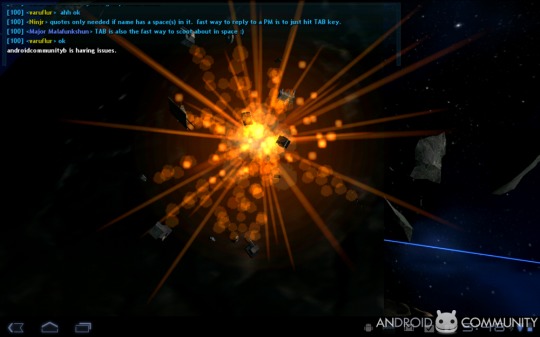 Check out the demo/review video above and the screenshots below, and if you’ve played the game or play the game because of this review, let us know what you’re experience is in the comments below!