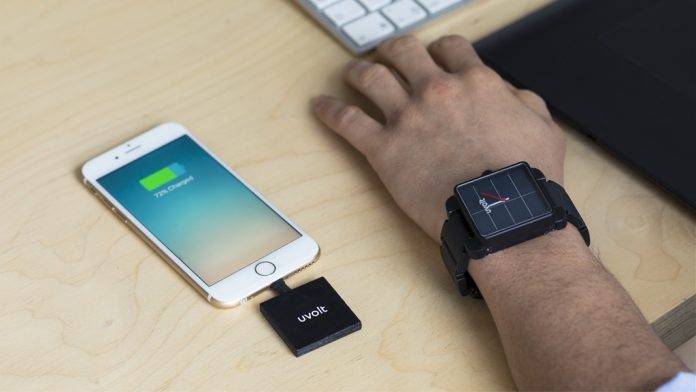 Imagine wearing a watch which has only two functions: tell time (shocker) and give a bit of extra juice to your smartphone. Now imagine that it comes in a huge, squarish, not so fashionable looking wrist piece. Would you still be interested? Well if all you care about is just having extra charge for your device, then you might want to check out a new Kickstarter project called Uvolt. It still has 25 days to go in its campaign so there’s still time to help them reach their funding goal.

As you figured from the intro, the Uvolt is a watch which will double as a battery pack to bring extra power to your smartphone when it’s running low on juice. It only has 600mAh of extra battery so don’t expect it to be able to charge your phone to its full capacity. The watch has a square, bulky watchface because that is where the battery pack actually fits. It’s kind of weird to have a cord dangling on your wrist while attached to your phone, so there’s that.

One cool thing about the Uvolt is that the bracelet links actually have tiny power packs to recharge the battery back when it’s in the watch. The entire watchface is actually a solar panel so if you’re in sunlight, you get to charge both the links and the battery pack. The watch itself has a wireless charging pad although they haven’t stated yet if it’s proprietary or a charging standard like Qi. For the cables to connect your smartphone, you can choose from lightning, USB-C, MicroUSB or wireless. 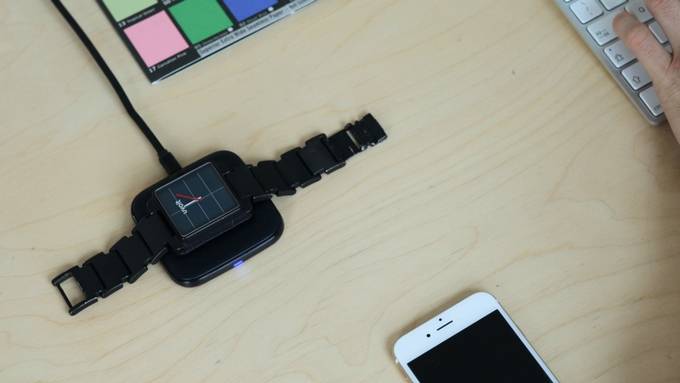 They are targeting to raise $100,000 and so far they’ve already reached $67,312 with 25 days to go. Since it’s the first ever product that the company is shipping, by now you should be familiar with the risks of backing Kickstarter products. But if you feel like supporting by giving up around $119 or more, then check out their campaign page.