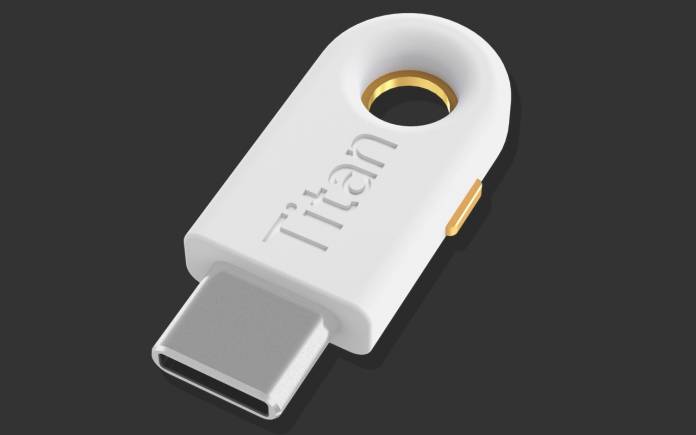 Around the same time last year, Google launched the Titan M security chip. The enterprise-grade system has helped strengthen the security of the Pixel 3 and Pixel 3 XL. The same security module was found on the Pixel 3a and 3a XL and we can expect the chip to be used on the upcoming Pixel 4 and Pixel 4 XL phones. The tech giant is serious in making the security of Google products robust and sophisticated. Google is making the technology available by launching the USB-C Titan Security Keys.

The USB-C Titan Security Keys are now available in the United States. A Security Key is guaranteed to offer secure access to your online accounts. This is no ordinary USB flash drive. It’s simply just a key that lets you protect your Android phone, Chrome OS devices, and even Windows and macOS computers.

The security key is resistant to phishing. Super security is made accessible to more businesses and people with the USB-C Titan Security Key. Just use this little device to safeguard sensitive and private data available online.

Google has previously offered other forms of security including automatic protections and a 2-Step Verification (2SV). The security key may be the strongest form of 2FA according to the tech giant. It’s now available to more regions like the UK, Japan, France, and Canada. This expansion also includes Google’s Advanced Protection Program.

For this effort, Google teamed up with Yubico to produce the keys. The USB-C Titan Security Key features a hardware secure element chip. Inside is the firmware made by Google to verify integrity.