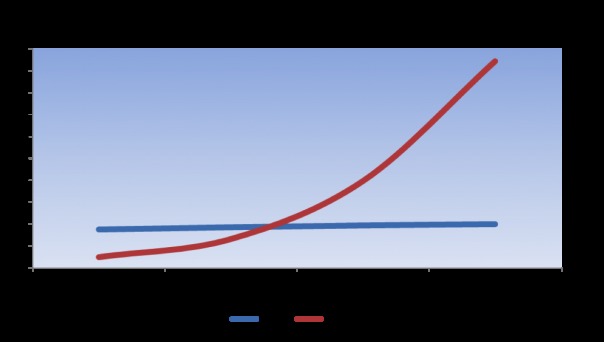 Mobile data is new thing when it comes to purchasing a phone. Most want to always stay connected whether it be to Twitter, Facebook, YouTube, DailyBooth or simply the news and other media sources on their mobile devices. This is clear once you check out the latest mobile network traffic graph for the US.

Smartphone usage has increased significantly over the last few years as the ease of use of such devices has become less intimidating to new users. Now they are simply a new medium to connect with the world outside of your computer. With the rising use of smartphones, comes the rise in mobile data usage.

What’s an Exabyte, you might ask? Well one Exabyte is equal to 1000 petabytes or a billion gigabytes- that’s a lot of data. No wonder companies are putting caps on their data plans!

More highlights from the quarter include the following: