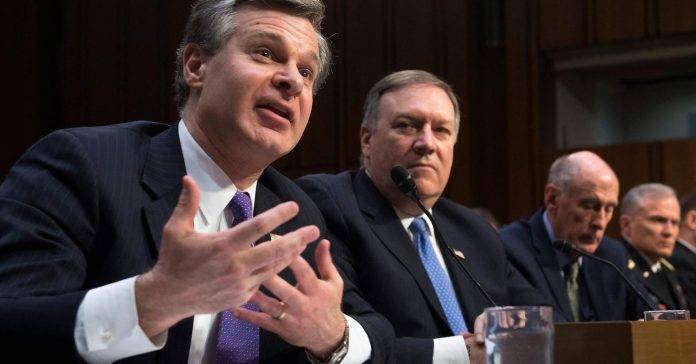 Chinese OEM Huawei has long wanted to break into the US market after enjoying success in its local and even other regions as well. However, it looks like the US government will be their greatest obstacle towards that as six top US intelligence chiefs have officially warned Americans from using their smartphones after initially cautioning public servants and stage agencies. They expressed their distrust of companies like Huawei and ZTE because of their close ties to the Chinese government.

The six intelligence chiefs include the heads of the CIA, FBI, NSA, and the director national intelligence and all seemed to be in agreement that Huawei is a brand that cannot be trusted by American citizens, both those working for the government and private citizens as well. FBI Director Chris Wray said that using Huawei smartphones will give them “the capacity to exert pressure or control over our telecommunications infrastructure”, referring to the Chinese government. He believes companies like Huawei are “beholden to foreign governments that don’t share our values.”

Huawei of course reiterated that they do not pose any greater cybersecurity risk than any other ICT vendors. They also emphasized that they are “trusted by governments and customers in over 170 countries”. Just last month CEO Richard Yu accused American carriers of depriving their customers of choice, after AT&T pulled out of a supposed deal with the OEM to bring Huawei smartphones officially to the US.

There were rumors that the US government pressured AT&t to back out of the deal and that they are doing other activities that would inhibit both Huawei and ZTE from doing business in the country. Well, it doesn’t seem to be just rumors as they are now commending American telecom companies for “resisting” these Chines companies.