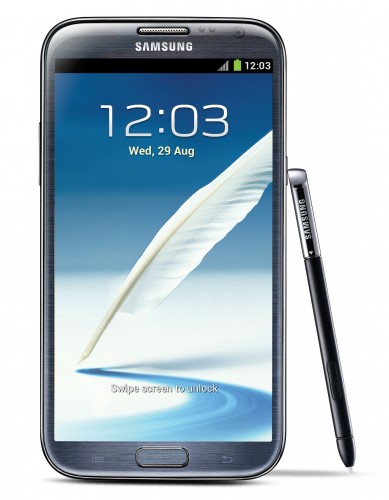 AT&T rolled-out the multi-window update for the Galaxy Note II a short while back, and well, as of today we have word of that update coming available with another carrier. The latest is US Cellular and nicely done on their part, the update includes more than just support for running multiple windows.

First things first though, this update arrives as Android 4.1.2 with baseband version R950VXALL1. The update brings the previously mentioned support for multi-window as well as some pre-loaded apps, some UI changes and some fixes. Beginning with the UI changes and US Cellular notes that these will deal with a color change (from gray to green) on the sound icon (4th position) and a change in menu items. The menu saw the term Sync being replaced by Multi-Window.

Some of the fixes included where users could not search for image files using the “Search” option in the My Files app, where the device would sometimes toggle between 3G and 1X and for burst mode. The change dealing with burst mode should take care of those times when you used burst mode only to enter the gallery to see black images.

Finally, those pre-loaded apps include more than a handful from Amazon as well as Wi-Fi Now, Slacker Radio, Let’s Golf 3, Mobi TV and a few others. That all being said, those rocking a Galaxy Note II with US Cellular should look for the update notification or grab your device and navigate to Menu -> About device -> Software Update to get the process started.