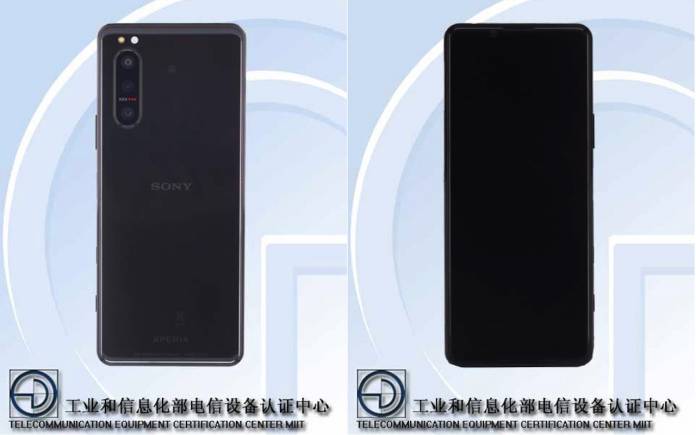 The Sony Xperia 5 II is expected to be announced tomorrow, September 17, Wednesday. This is according to a teaser video and recently leaked information. Some specs and features have actually been spilled ahead of launch, including image renders, but we’re still taking things with a pinch of salt. Sony promised it would get up to Android 13 OS update so that is something to look forward to in the coming years. The latest we have is a related sighting on TENAA. This means an impending launch in China and the rest of the global market will follow.

The TENAA listing doesn’t include the features–just live photos of the phone. We can see the upcoming smartphone in different sides. The device features a slightly different design compared to regular phones that already have almost bezel-less displays.

The Sony Xperia 5 II comes with a standard display with standard size top and bottom bezels. The sides of the display appear to be curved. The phone is also said to come with a triple rear camera system that consists of 12MP shooters. Above the camera module, there is an LED Flash. We can expect ZEISS Optics will be implemented.

So far, we know the Sony Xperia 5 II will come with a 6.1-inch Full-HD+ OLED screen, 21:9 aspect ratio, 240Hz touch sensing, 120Hz refresh rate, and USB Type-C port. It will be powered by an 8GB of RAM, 128GB storage, a 4000mAh battery with 18W fast charging support, and Snapdragon 865 processor by Qualcomm. Other features include volume rockers on the side, fingerprint scanner, and two buttons under the lock screen button. The phone will already offer 5G connectivity.