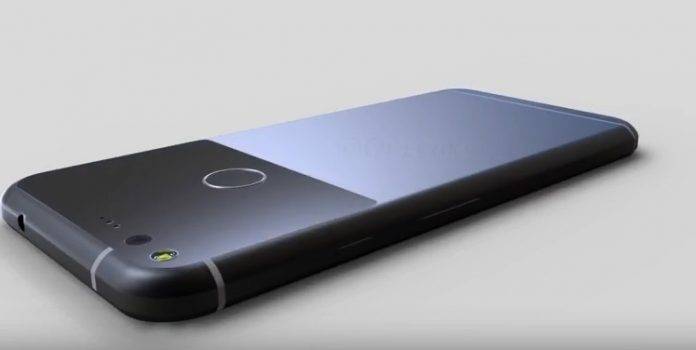 September is about to end which means Google is about to launch the new Nexus phones. Oh wait, there won’t be any Nexus but new Pixels. We’ve been saying that the tech giant is doing away with the Nexus line to pave the way for the Pixel and Pixel XL. The two upcoming smartphones are also known as the HTC Sailfish and HTC Marlin. We’ve seen a number of leaked images but here’s another set from Steve Hemmerstoffer.

The gallery below is taken from the Google Pixel XL video Mr. OnLeaks posted on YouTube. It’s not the real thing but simply a 3D video render of the HTC Nexus Marlin.

OnLeaks didn’t give more information just this video he said was based on a leaked factory CAD.

The design is already familiar because we’ve been seeing similar renders. This video though is more reliable. There’s the black band found on the top half of the black panel plus the G logo on the lower part. We said it could be for the wireless signal or a touchpad. We’re guessing it’s to cover a powerful component that will allow the smartphone to run a desktop OS.

There’s a possibility that the black panel could be for the rumored Chromecast function. We’re also still betting on that Andromeda rumor. The possibilities are endless so let’s just wait and see.