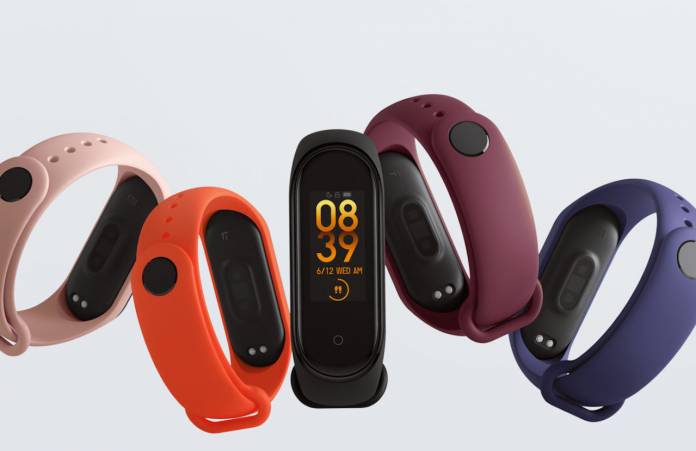 Rumor has it that we’re nearing the announcement and launch of the latest wearable from Xiaomi, the Mi Band 5. Well, at least the upcoming China launch is imminent sources say. This means we’re also getting several leaks on what to expect from the newest band to come out of the brand and that includes blood oxygen tracking (Sp02), menstrual cycle tracking, and for the first time, support for Amazon’s Alexa digital assistant. Unfortunately, it looks like we’re not getting NFC with this model, or at least the global version.

According to Tizen Help, the next-generation Mi Band will be released in China either at the end of next month or in the middle of July. What will make the Mi Band 5 different from the previous device is that it will have a bigger display, it will have a Personal Activity Intelligence (PAI) function to tell you how much activity you need to be doing, and it gives you a daily activity score. Plus there are several new features that you can expect with this wearable.

The Mi Band 5 will reportedly have Sp02 or blood oxygen tracking which is pretty important for those with health problems. It should be able to give you a percentage of your blood oxygen level and if it falls below the 95%-100% normal level, it can lead to health issues that will require immediate attention. There isn’t any specific detail yet about how the band will do Sp02 tracking so we’ll probably find out in the official announcement.

Women will get a menstrual cycle function in the Mi Band 5, a feature that is being added to a lot of wearables nowadays. For the first time also, Alexa support will come to the Mi Band and this is also the first time a smart voice assistant will be added to it outside of China. This means you’ll probably be able to control other Alexa-enabled devices from your wrist. Again, we’ll find out more details probably before its launch.

Unfortunately, the NFC support will be only for the China version as per their sources. This means global versions will not be able to use the Mi Band 5 to pay for purchases. That’s okay though as the only mobile payment system it supports so far anyway is the Mi Pay.