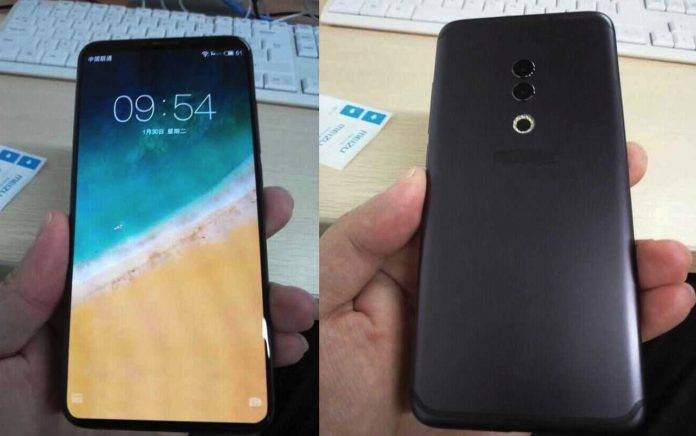 Meizu has been working on a new smartphone but we’re not sure if the Chinese OEM will launch it at the upcoming Mobile World Congress in Barcelona. We’re assuming it will since it did introduce a Super mCharge fast-charging solution last year. Before 2017 ended, a leaked Meizu 15 Plus image showed dual rear cameras. More images were leaked last week just before the official launch. There is no information on announcement or release but others are speculation it will roll out this coming February in time for the Spring Festival in China. Market release will probably be the following month.

What’s believed to be the Meizu 15 Plus has been spotted once again. This time around, it’s live in action and not only a screenshot nor a patent illustration. The new images were posted on Weibo. The Meizu logo at the center of the rear panel appears to be blurred but you can see what looks like stickers of the logo on the table in the background.

Expected as a premium Android phone, this one will boast vertical dual rear cameras, a super large full-screen display, 128GB onboard memory, 6GB or 8GB RAM, Qualcomm Snapdragon 845 or Samsung Exynos 8895 processor. The cameras will come with flash and a laser focus module with a ring-type design.

This Meizu 15 Plus is also expected to be announced with an entry-level Meizu 15. As for pricing, we’re looking at 3,599 Yuan which is now $569 when converted. Expect the smartphone to be announced next month in time for China’s Spring Festival with a March market release.