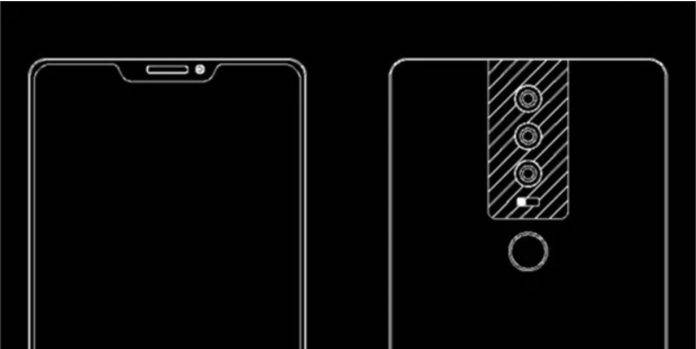 If these leaked schematics are to be believed, we will be seeing three flagship devices from Huawei with their P20 line, which will be reportedly unveiled during the Mobile World Congress in February. Not only that, we will also be seeing triple cameras at the back of each of these devices, which are rumored to be the P20, P20 Plus, and P20 Pro (no sign of the P20 Lite reported earlier). We expected P11 devices to follow last year’s P10, but apparently they chose to skip several numbers and will end up with the P20 (if rumors out of China are true).

The schematics were shared on Weibo and it shows all three smartphones having triple-lens cameras. Earlier rumors from tipster Evan Blass said that the cameras will be 40 megapixels and will have a 5x hybrid zoom. What is different is where the cameras will be placed on each of the three different phones, because of their different sizes. The P20 will get a horizontal array in the corner, much like the dual-cam in the P10. The P20 Plus meanwhile will have a vertical array at the corner as well while the P20 Pro will also have it vertically, but this time in the center of the back panel.

Underneath the P20 Pro triple-lens cameras will be a fingerprint scanner while the other two devices will have theirs front-mounted. The P20 Pro looks like it will have a notch that looks like the iPhone X, probably to increase the screen real estate. There are also rumors that it will have a 3D depth-sensing camera, which another tipster Roland Quandt, hinted at previously. This will bring AI technology to your smartphone’s camera, but it’s not clear if all three P20 devices will have it.

Huawei is expected to announce the new flagship devices at the Mobile World Congress in Barcelona, this late February. They’ve previously launched their other P-series devices in the MWC the past few years.