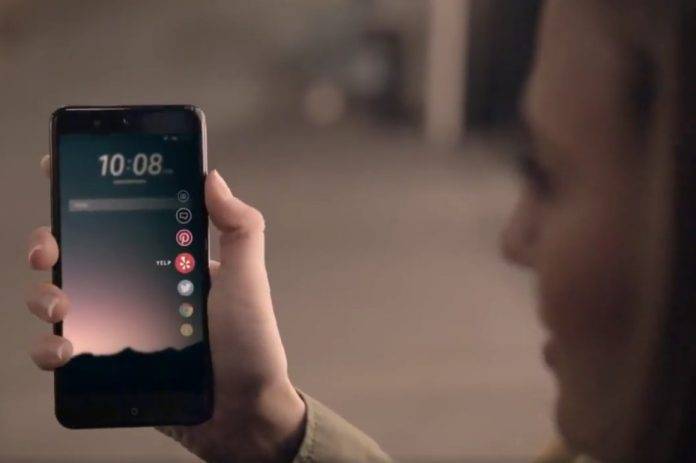 Some Android users may have laughed when the iPhone 7 came out without a 3.5mm headphone jack, but some smartphone manufacturers were apparently paying attention. If rumors are to be believed, the upcoming new HTC U device, referred to as HTC Ocean, will also be getting rid of that jack to make more space for the important things on a smartphone. This actually supports the leaked images and also initial rumored information about the device, although as we all know, nothing is really final until the official announcement.

This particular rumor comes from Twitter user LlabTooFeR, who usually gives reliable information about upcoming smartphone releases. He shared three things he learned about the upcoming HTC U Ocean. First he said it will be released in either a single or dualism modification. In more important news, it will supposedly get an IP57 water and dust resistance, a pretty important factor for those who are always on the go.

But the more “controversial” thing that he revealed is that the smartphone will not have a 3.5mm headphone jack but instead, it will probably have a USB-C connection, both for charging and for the headphones. It will give more space, especially since the biggest rumor about it is that it will have edge sensors. The leaker joked that Samsung will gain one more customer because of this.

There is no news yet as to when the official announcement of the HTC U Ocean will be, but most probably it will be pretty soon. The 5.5-inch display, the Snapdragon 835 processor, the 4 or 6GB RAM, and the 64GB or 128GB internal storage are just some of the few reasons why a lot of people find it interesting.