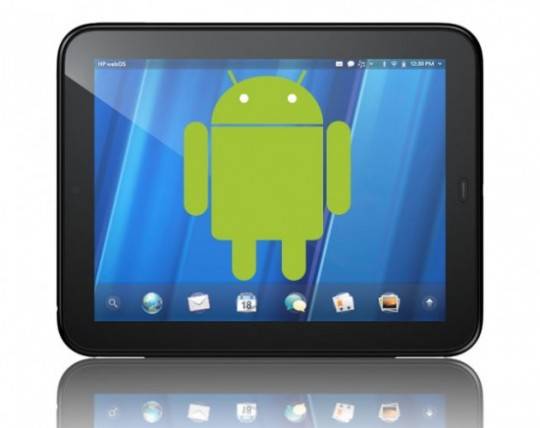 Apparently, HP has been working on a tablet since Thanksgiving of last year. The tablet is said to be running on the Android operating system, and will also be one of the first tablets to ship with NVIDIA’s Tegra 4 processor. Not only that, but reports have been saying that HP is also planning on launching an HP smartphone running Android, however, according to Meg Whitman, HP will not be launching any phones in 2013.

Entering the Android marketplace would probably be the smartest decision for HP right now. Considering the vast amount of consumers who use Android devices, HP could be a major contender in the market. Following the death of its WebOS devices, Android could be the revival HP needs in order to compete in the mobile market again.

The HP Touchpad, while being a huge failure in the tablet world, is widely used as an Android tablet thanks to the CyanogenMod team. It could just be because of the Touchpad’s fire sale, but I do believe that HP has a fighting chance in the Android world.

We’re most likely not going to hear about HP’s new tablet at the Mobile World Congress in Barcelona, but we could be seeing it sometime around the 2nd quarter of this year. HP’s upcoming tablet could be its way of getting a feel for the Android marketplace, and if it’s successful, we could be seeing a lot more HP mobile devices in the future.