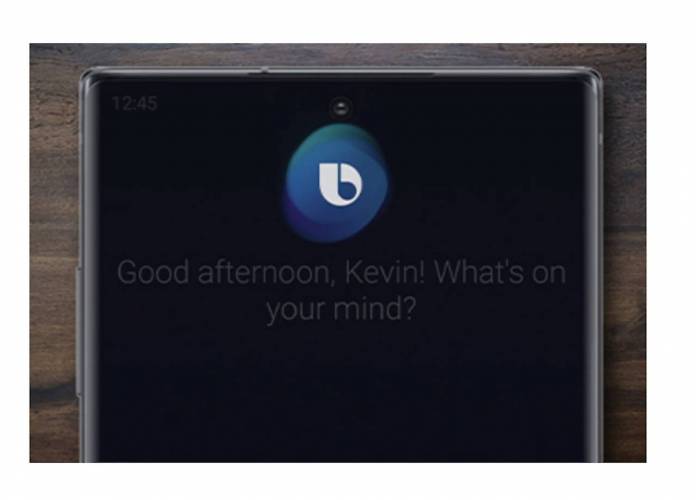 We’re a couple of months away from the announcement of Samsung’s new flagship devices if rumors are to be believed. So of course all the speculation and leaks for new features are coming out now and in the next few weeks. One of the rumors to come out of the mil is that Bixby Voice will be one of the biometric options that can be used to unlock your device. This isn’t really something new as this has been a previous feature but it will supposedly be revived and be an exclusive feature for the flagship devices.

If you remember, Bixby itself actually had the ability to do this by waking up your phone whenever you trigger it by saying “Hi Bixby”. It also let you set up a voice password so you can still unlock your device even if your hands aren’t free. However, those features were removed for some time now. But according to sources of SAM Mobile, this will be brought back when the upcoming Samsung Galaxy S21 is unveiled next year.

The Bixby Voice biometric feature will actually be part of the One UI 3.1 which is expected to be running on the Galaxy S21 when it’s released. Similar to how the previous One UI’s were released, some features will be exclusive to the flagship first but will eventually be available to older smartphones. So if you are allowed to use Bixby Voice as an unlock feature on the flagships only initially, it will probably roll out to older, compatible devices in the long run.

This isn’t really a groundbreaking feature of course and there are security issues when it comes to using a voice fingerprint. Anyone who has a recording of your voice may be able to unlock your smartphone without your permission. We don’t know yet the exact mechanics of how this will work though, so we’ll have to wait and see if there’s something different with their execution.

If you’re looking for secure biometrics though, fingerprint unlock is still the only trustworthy authentication you can use, along with old school pin/password. Still, having an option for hands-free unlocking would still be useful for some in a safe environment. We’ll find out more when the Galaxy S21 devices are unveiled this January 2021 supposedly.