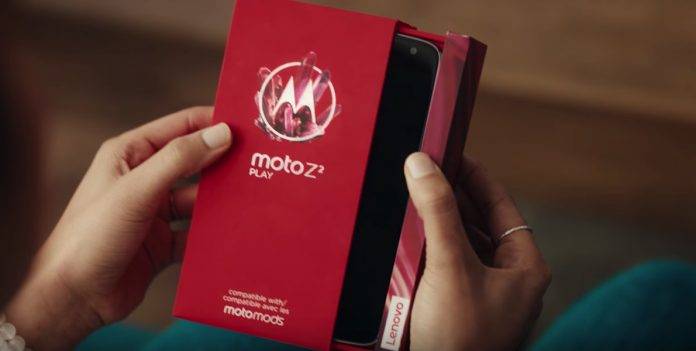 A few weeks back, a Samsung ad featured an iPhone user switching to the new Galaxy Note 8. It was obvious a shade was thrown against Apple. It’s nothing new because we’re used to seeing these top two rivals mock each other by way of releasing ads, especially right after a new smartphone is announced. This time around, Samsung gets mocked not by the Cupertino company but by Motorola. There’s a new ad that promotes the Moto Z2 Play, trolling the earlier ad posted by Samsung. So yes, there’s a new ad that mocks the Samsung ad that mocks the iPhone X.

Most of us in the Android community will agree the iPhone X is still behind Samsung’s newest premium flagship phone. Loyal Apple fans will say it is advanced but we all know that’s not true. It’s easy to mock another gadget that’s different and seemingly lagging but apparently, the new Note 8 can still be mocked by no less than Motorola. The Lenovo-owned brand boasts the Moto Z2 Play is way better because of one major reason–its ability to play with Moto Mods.

If you think the Samsung Galaxy Note 8 is already an upgraded iPhone X then know it can still be upgraded. In this ad, the guy brings shows off his Samsung phone to his partner. He then shows their old videos. The woman isn’t impressed because you know, she’s got a better phone. She brings out her smartphone, snaps it to another device that turns out to be a mini projector. The result is a bigger screen where the two of them can watch the videos.

The Moto Mod projector somehow “upgrades” the Moto Z2 Play. Well, the phone itself is only mid-range but the Moto Mods make the device more powerful, more engaging, and more entertaining than ever. It’s just one Moto Mod so we can’t conclude choosing Motorola is an upgrade but you get the point. A mid-ranger competing with a premium phone from Samsung? That sounds impossible but a larger screen from the Moto Mod projector is better for some people.

If you’re curious as to how Samsung mocked the iPhone X, watch the video below:

The characters are very much similar. You be the judge.