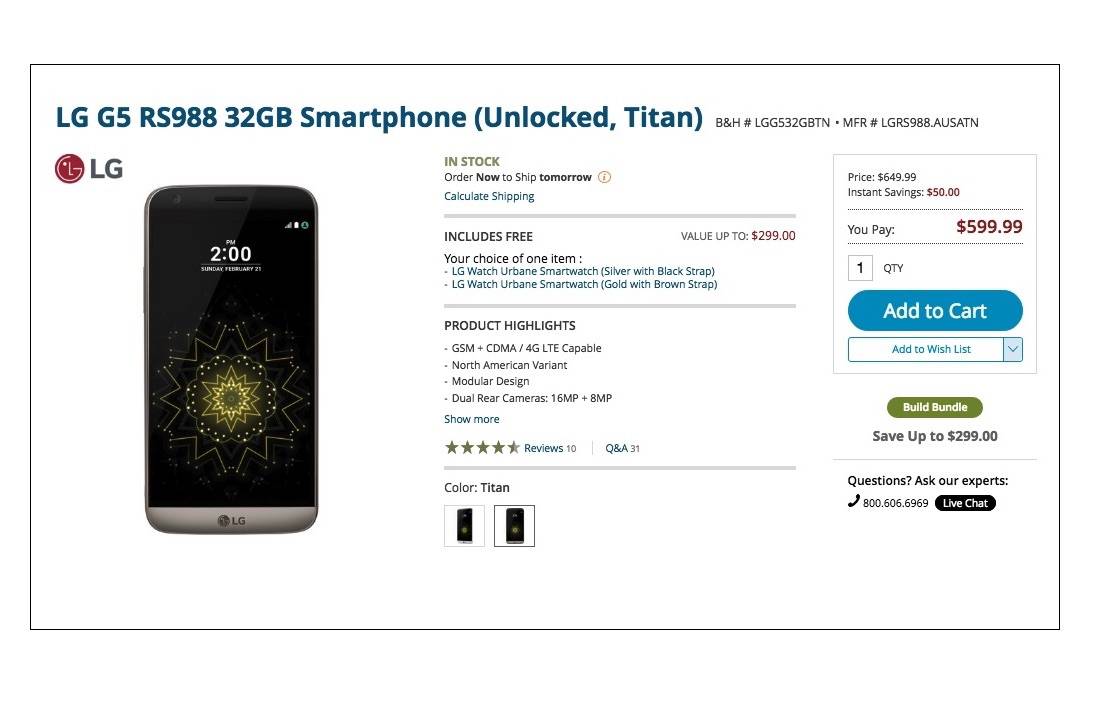 B&H has good news for those who’ve been wanting to buy an LG G5. The premium flagship from the South Korea tech giant is now offered in a special promo. The 32GB variant is can now be purchased for $599.99 down from $649.99. It’s already the unlocked version in Titan color. There’s also the Silver version part of a VR Bundle that is now worth $699.99 from the original $1,049.99 package price.

If you want the LG G5, a 360° Camera, and its VR Headset, you may avail of the VR bundle. It’s more affordable now so you’d better grab this chance and enjoy 360-degree and virtual reality. You see, your LG G5 is made for many “plays” and the extra camera and headset will make your smartphone more useful and more fun than ever.

The VR Headset allows you to view 360° photos and videos you can’t view properly on an ordinary mobile screen. The headset is also capable of displaying any Google Cardboard content. Meanwhile, the 360-degree camera can record 2K 360° videos with the dual 13MP Sensors and record audio with the 5.1-Channel surround sound.