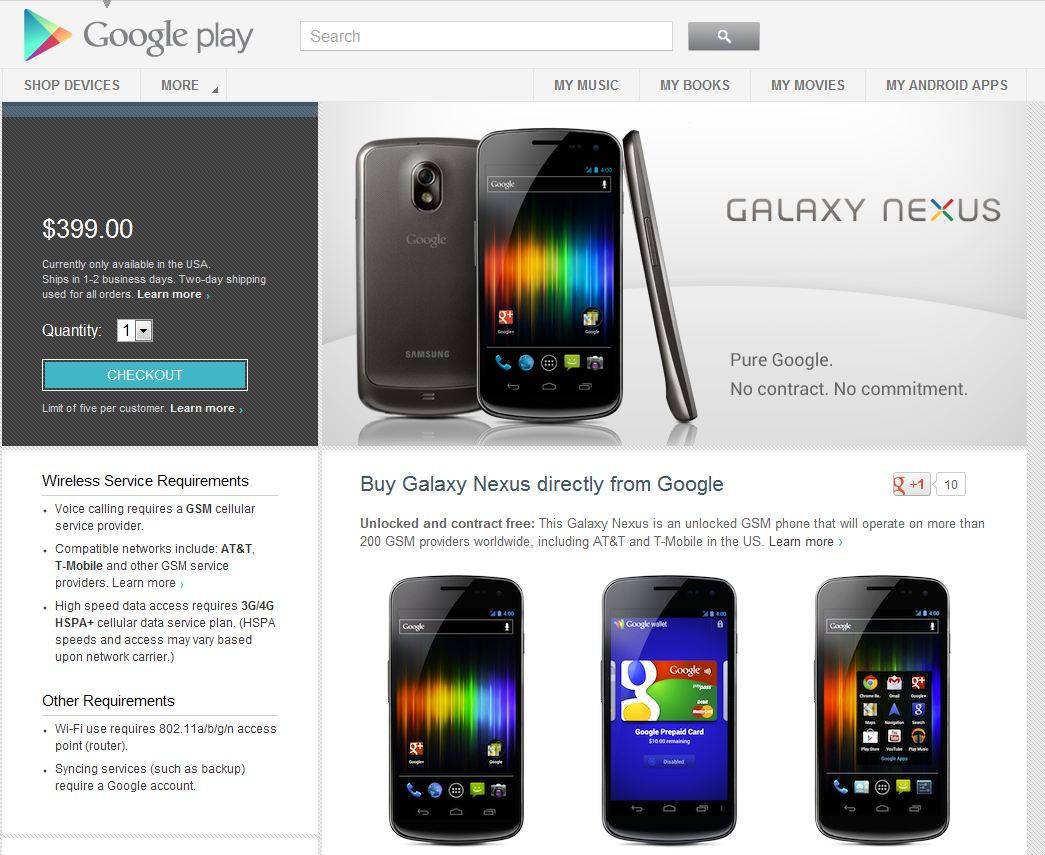 Here’s a surprise: Google’s suddenly returning to the Nexus One model of direct phone sales via its shiny new Google Play Store. You can go to the Play Store right now and order a brand new Galaxy Nexus (GSM/HSPA+ version) for the impressive price of $399, unlocked and SIM-free. This deal seems to only be working for the United States at the moment – reports from the UK say that they can’t even view the page.

The listing seems to be complete and legitimate, marking the first time that a GSM Galaxy Nexus has been officially on sale in the United States – and what a sale! Previous rumors indicated that Google was looking to start featuring phones and tablets in its own online store, and the Google Play Store is the natural choice for this.The model on sale seems to be identical to the GSM Galaxy Nexus already available in most major worldwide markets, with 16GB of storage and radio bands for both AT&T and T-Mobile’s HSPA+ speeds. Google’s made sure to highlight Google Wallet in the listing, which some carriers have been hesitant to support.

Google’s return to retail is portentous to say the least. With rumors flying about an ASUS-made Nexus Tablet, the Google Play Store would seem to be the perfect place for Google to show off its “pure Android” wares. At present the GSM Nexus One is the only physical product on sale, and only in the US for now – the phone should spread to other markets quickly. Here’s hoping that this marks a more direct path for Google’s branded devices in the future.