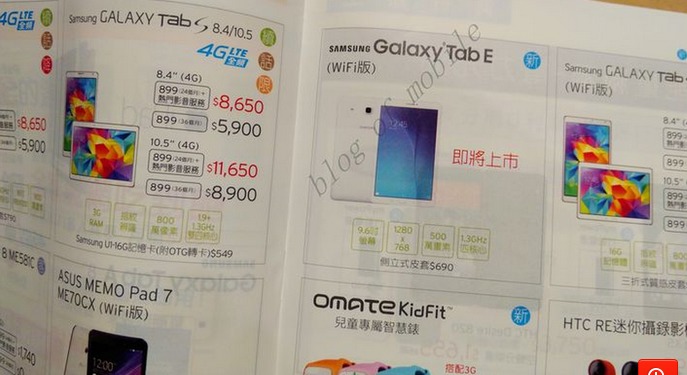 In Q1 of 2015, Samsung started copyrighting Galaxy Tab letters like crazy – that included copyrights for Galaxy Tab A, Tab J, and Tab E. Lo and behold, we are getting noises from over in Taiwan of a previously unannounced tablet which appeared in a catalogue under the name Samsung Galaxy Tab E. 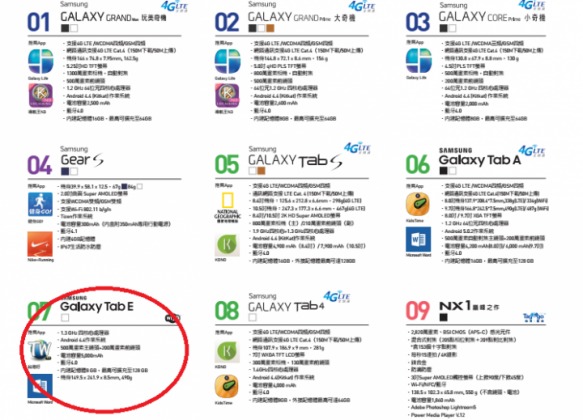 The tablet device’s specs are nothing to write home about – so you can chalk this one down to another mid-range device for Samsung. The picture of the catalogue entry is in Chinese, but it translates to the tablet having a big-ish 9.6-inch HD screen (1280×768), powered by a 1.3GHz quad core processor, and running Android 4.4 Kitkat. 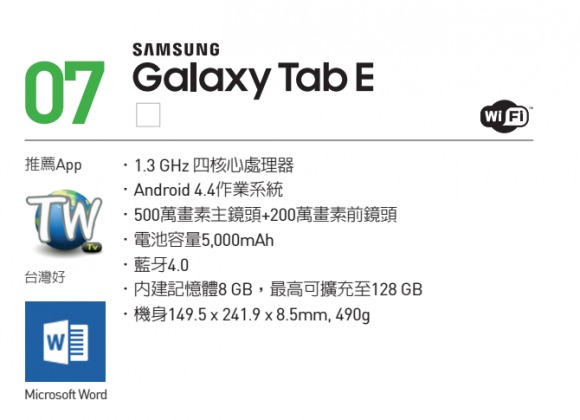 The tablet will also feature, if the catalogue entry holds, a 5MP/2MP camera combo and 8GB of internal storage, plus a microSD card slot. This seems standard for an entry level to mid-range Samsung tablet device. It won’t win any awards for speed or smooth operations, but it will get the job done. 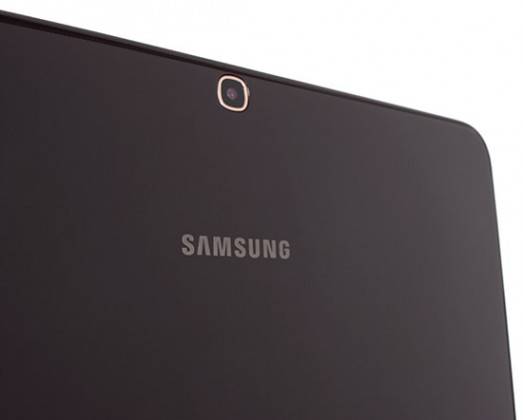 By “do the job”, we mean browsing, run social media apps, do some casual gaming, play some HD videos, and then some. Looks like the highlight of this device will be the big screen for better video playback. No information on the pricing of the Samsung Galaxy Tab E yet, or whether it will reach North American or European shores.