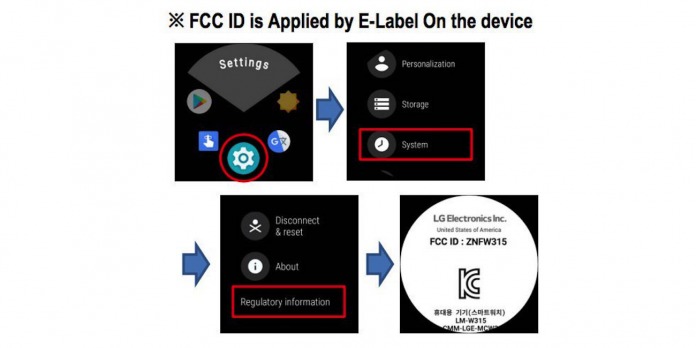 A new LG smartwatch is expected to arrive soon. We mentioned it would be the LG Watch Timepiece hybrid wearable and as soon as the Google I/O 2018 opens, we can expect the other South Korean tech giant to make a big announcement. The Wear OS device has popped up on the FCC website which means a product is about to be unveiled. This watch could be the hybrid Wear OS device which is a smartwatch and a regular timepiece in one.

Listed on the FCC website is a model number LM-W315 that runs on Wear OS. The latter is simply the rebranded Android Wear. We can surmise the smartwatch will connect via WiFi and Bluetooth. There is no cellular connectivity so it may not be able to make calls directly from the watch. It can take and end calls over Bluetooth but don’t expect any SIM card support.

The upcoming LG smartwatch running Wear OS by Google is what the FCC has just listed because for one, the LG Watch Sport and the LG Watch Style were known as the W280 and W270 from before. There’s a W315 on the site so we’re assuming it’s also an LG Watch.