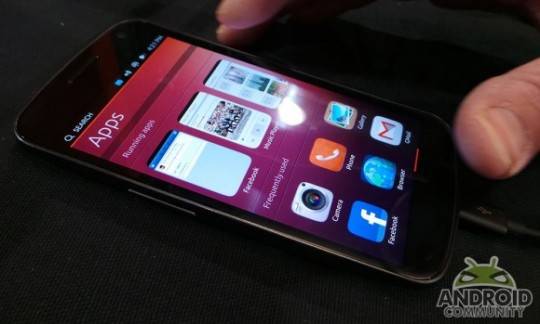 Ubuntu Touch arrived back in October. The catch though, for now Ubuntu Touch is simply an operating system looking for a phone. Canonical had things set so users could load the OS on a Nexus 4 or Galaxy Nexus smartphone, but a hardware partner with a pre-installed setup remained unavailable.

That appears like it will be changing as we move into the new year though. Recent news coming out of the LeWeb conference in Paris is telling the story of an upcoming hardware partner. According to CNET, Canonical CEO Mark Shuttleworth has said they “have concluded our [their] first set of agreements to ship Ubuntu on mobile phones.”

Shuttleworth has yet to reveal who the hardware partner is just yet. Instead, as of now he mentioned that Ubuntu Touch will be available on higher-end phones. These are set to come available in 2014, however for now it looks like this news have reinvigorated the team. Shuttleworth touched on how going from making a concept (Ubuntu Edge) to “it’s going to ship” has had a “big impact on the team.”

While Android and iOS are clearly dominate in the mobile space these days, Shuttleworth does have a few ideas to compete. He spoke about partnerships with services such as Facebook and Evernote as well as how Ubuntu Touch is open. Otherwise, aside from the first set of agreements, there was also talk of Canonical being in board level discussions with another “four household brands.”