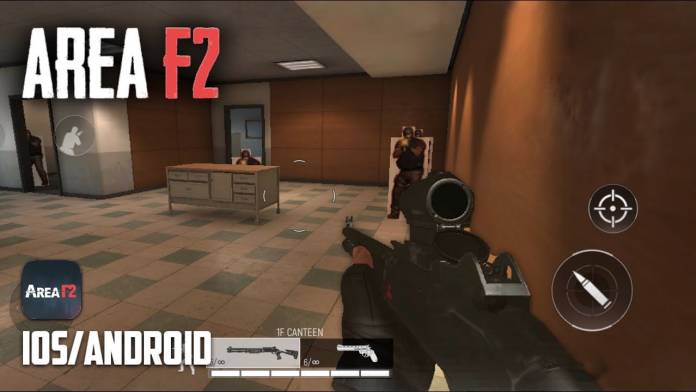 If the two biggest app stores in the world are selling a rip-off of one of your most popular games, the next logical step would be to sue those app stores right? It looks like that’s the next big move of Ubisoft as they are suing both Google and Apple for continuing to sell the game Area F2 by Alibaba Holdings. They claim that the said game is a “near carbon copy” of their popular game Rainbow Six: Siege. No news though if they’re suing Alibaba itself for actually copying the game.

Area F2 is a game created by Alibaba’s Ejoy and Qooka Games and is reportedly and “undisputedly” a clone of Ubisoft’s uber-popular game Rainbow Six: Siege, which is based on Tom Clancy’s best-selling book. From the interface layout to the game staples like drones, destructible walls, to the operator selector screen and even the final scoring screen, Ubisoft claims that every aspect of the game has been copied from their own.

But instead of going after Alibaba, it seems that Ubisoft wants to cut it off at the App Store level. They said they have previously informed both Apple and Google that the game they are selling is infringing on their copyrights but even then they have not removed the game from their Google Play and Apple App stores. According to Bloomberg, the copyright infringement lawsuit was filed in the federal court in Los Angeles.

It’s not surprising that Ubisoft would do everything they can to bring down Area F2. R6S is one of their most popular games with 55 million registered players and 3 million players every day. It is even considered a competitive esport as professional and semi-professional teams compete to win millions of dollars in prizes. A lucrative game like this would, of course, want to get rid of copycat games that might take a bite out of their pie. As to why Ubisoft is suing Apple and Google and not Alibaba, it might be because Area F2 is created in China where a foreign copyright challenge may be more challenging.

It’s a bad time for Google as the U.S. Justice Department is planning to file antitrust charges against them, in what may very well be the biggest antitrust action since the late 1990s. The case will reportedly focus on their dominance in the online advertising industry and how they’re using abusing this position to gain an advantage over their competitors.