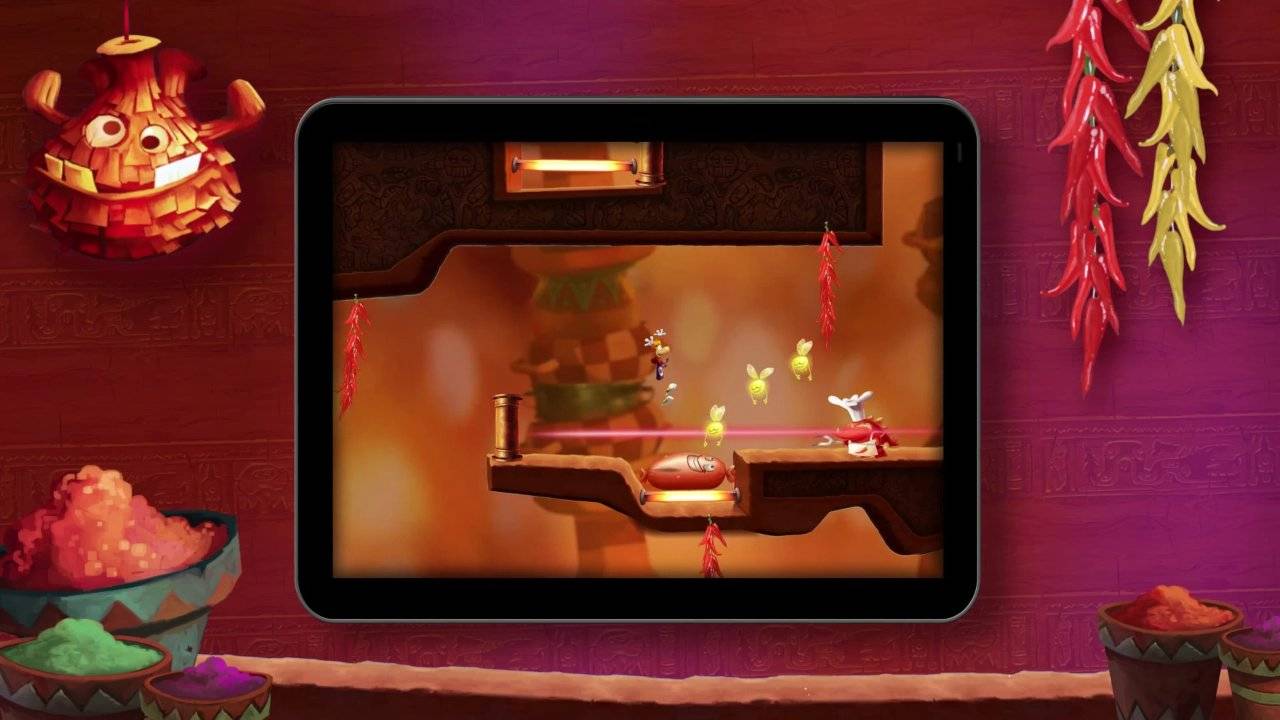 Looks like this fall season will be anything but boring with Ubisoft launching not just the next installment to its popular Rayman running game but also a new title, Rabbids Big Bang, that, as the name suggests, will be an explosive, whacky adventure.

Rayman Fiesta Run is the sequel to the Rayman Jungle Run side-scrolling running game, taking our protagonist across festive maps filled with vibrant colors, piñatas, and giant castle-eating monsters. Rayman Fiesta Run also includes a new social feature that allows players to share and boast about their achievements. It is powered by an improved UBIArt Framework that is used in Rayman Legends, and will make it possible for the company to also bring in its other titles such as Child of Light and Valiant Hearts soon.

Rabbids Big Bang is a new game featuring the totally insane rabbits from the Rayman universe. In this physics-based game, you get to guide a Rabbid hurtling through space, controlling its jetpack and utilizing planets’ gravity to maneuver past obstacles. Prepare to encounter an assortment of absurd creatures and heavenly bodies, and even bounce off space cows!

Rayman Fiesta Run and Rabbids Big Bang will be coming this October, although Ubisoft has not yet mentioned a specific date or price. The games will be available on smartphones and tablets, which should include Android, iOS, and Windows 8.