Out there in the world of PC games, Ubisoft released a new game to add to their Anno franchise – this one is called Anno 2205. You can probably get a lot of information about the new game online, although it is quite interesting to see if it builds on the older series. Our task today is to look at Anno 2205: Asteroid Miner, a spin off game for Android.

This is not the city building game that the main PC game is, the Android game has a simpler, more menial task – mine asteroids for minerals. The gameplay? Pretty easy – it’s a puzzle game, not very far from Bejeweled or any of the “connect 3 of a kind” games you know. 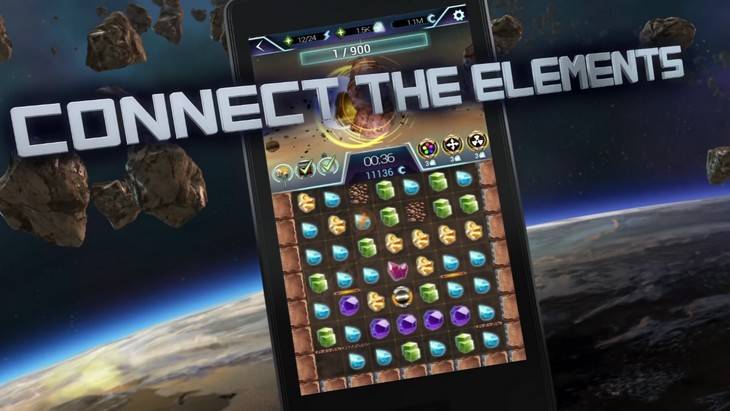 The game has over 180 levels for you to work through, so this one will keep you occupied and gaming for a bit. And interestingly enough, it has a connection to the main game if you actually play that as well. The rare minerals that you mine in this game can be transferred to the main game to boost construction and such.

If you’re into these kinds of puzzle games, pick up the game via the download link below. Puzzle games are a dime-a-dozen, so it would be good to see if this one is a bit more enjoyable.