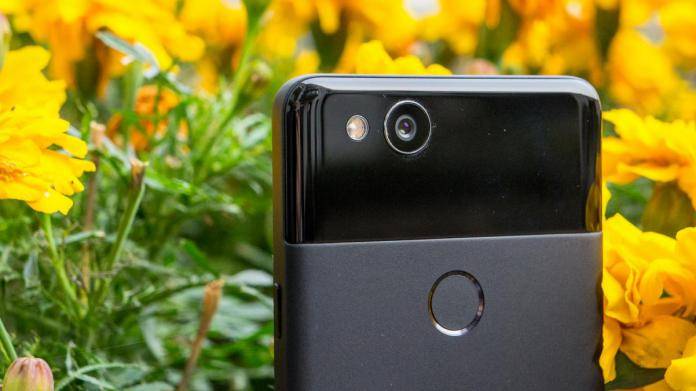 It’s amazing what a tpyo can do (see what we did there?), and in this data-saturated technological environment, you’d be surprised at what you can miss out on with just a typo. To this point, you’d probably remember that one of the perks of owning a Google Pixel (whether original or Pixel 2) was that you’d have free, unlimited original quality photo backup in Google Photos. Most Android users would only have unlimited backup for “high quality” images, not in original quality. Given the amazing camera technology in the Google Pixel phones, this feature is quite a boon to trigger-happy Pixel users.

Most people wouldn’t know this, but a few months back, using an AOSP-based custom ROM on an original Google Pixel or Pixel XL broke this feature, so that your original quality uploads counted against your Google storage total – meaning that it wasn’t free and unlimited. Which is a total bummer. This happened all because of a typo in the AOSP code that has just now been fixed.

The typo was discovered by XDA member “razorloves”, and he put out a fix for this back in January of this year. The problem was that photos taken by the Google Camera app were being improperly tagged with “google” instead of “Google,” causing them to count against your storage limit. See the image below. 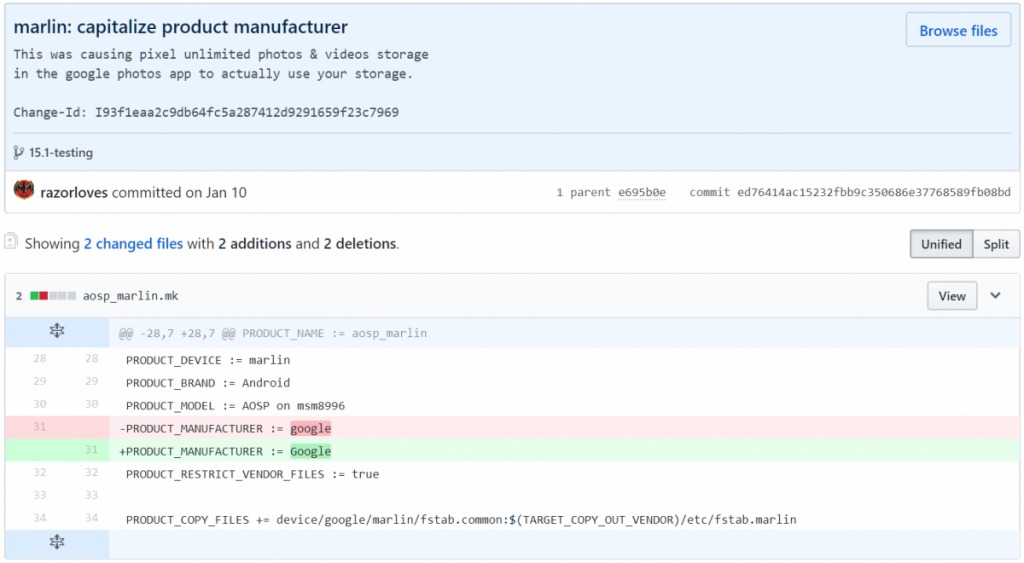 It was a typo in the build scripts of the Google Pixel (sailfish) and Google Pixel XL (marlin) that was the culprit, where the flag “PRODUCT_MANUFACTURER” was set to the lower-case “google.” That wouldn’t have been discovered if someone did not comb through the code to discover the cause of the broken feature.

XDA has made it clear that this bug did not affect the stock ROM of the Pixel smartphones as Google likely has an internal build script they use to ship official software. This bug also did not affect AOSP-based ROMs on the Pixel 2 smartphones. Only the AOSP-based custom ROMs for the original Pixel and Pixel XL were affected. 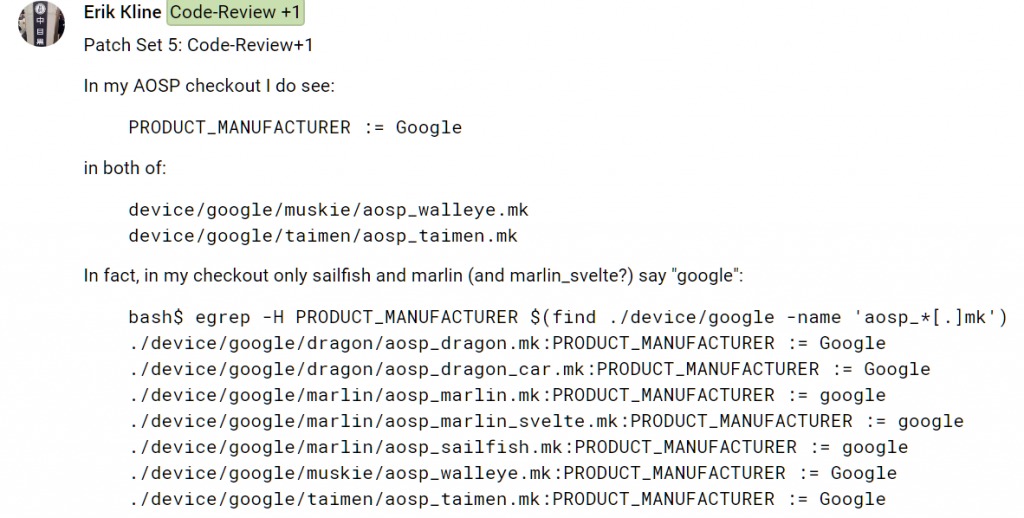 The bug has now been squashed, and AOSP-based custom ROMs for the original Pixel and Pixel XL have already fixed this issue since razorloves discovered the bug in January. The fix for this issue was submitted to AOSP (Google) on July 3rd and merged on July 6th, so that issue is now fixed for good.