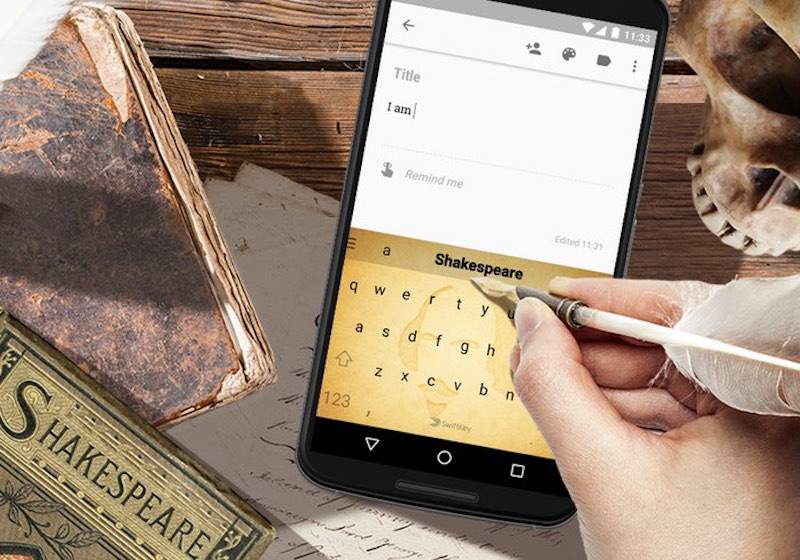 2016 marks the 400th anniversary of the death of one of the most popular and prolific writers in the history of man and that is of course William Shakespeare. While a lot of the young people probably don’t read his original works anymore, his influence in language and pop culture is still felt until today. And so SwiftKey thought it would be fun to have a limited edition virtual keyboard that would let us try and speak, or rather type, like The Bard or one of his famous characters from his plays.

Called ShakeSpeak (of course!), the keyboard is part of the SwiftKey Greenhouse, where the app lets its employees seed (get it?) their new, creative ideas that eventually gets released into the wild. So for this project, “language experts” went through Shakespeare’s most famous works like Macbeth, Romeo and Juliet, The Tempest, etc and looked for the phrases that most people would recognize as from his plays. Just like the regular SwiftKey app, it will also learn from you as you type, and then suggest words for when it feels like you want to break out into ShakeSpeak.

You can also replace your regular pronouns with thee, thou, thy, thine to make you sound more Elizabethan era-ish. You can even start your sentences with Ha!, O!, What ho! to confuse the people you’re talking to. And to top it off, close your sentences with ‘Ha!’, ‘What!’, ‘How now!’, ‘Away!’ and ‘Hark!’. Just make sure the people you’re talking to are not professional contacts or you might lose credibility or something. 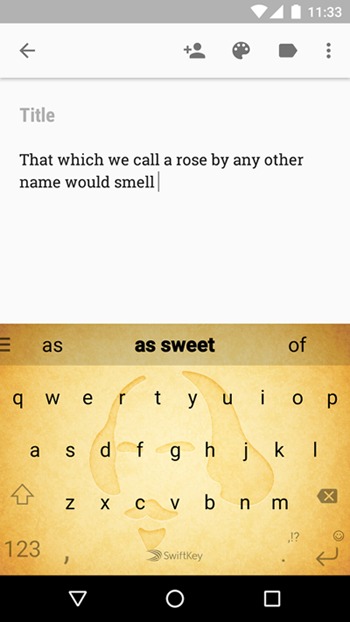 You can download the limited edition ShakeSpeak by going to the SwiftKey Greenhouse and downloading the keyboard. You can even join their Twitter conversation by composing some of your own sonnets and using the hashtag #ShakeSpeak and tweeting it to their official account @SwiftKey.