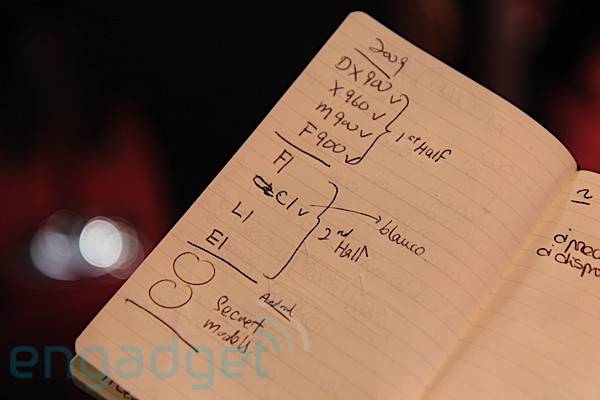 As company leaks go, this one is pretty bizarre.  An Acer rep was asked about the company’s plans for Android, and rather than the usual “no comment” or even “we’re looking into Android but have nothing to announce at this time”, he whipped out a notebook and sketched a quick product roadmap.

In addition to the four mediocre Windows Mobile smartphones announced this week, and another set of four devices set to arrive in the second half of 2009, there are two “secret models” running Android planned.  No details aside from that they’re expected sometime this year.

I’m looking forward to the next industrial leak, where Sony Ericsson do a brass rubbing of an upcoming Walkman phone, or HTC make a hand-turkey model of a new Windows Mobile smartphone.  Both “secret” roadmaps shots in the gallery below